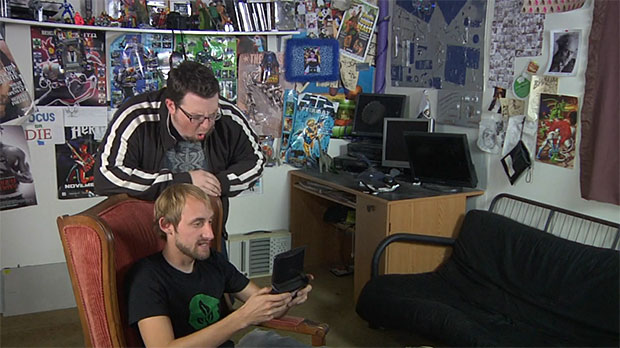 Nintendo hasn’t said much about the tentatively-named 3DS so far, except that it’s coming out in Japan sometime between E3 2010 and the end of March 2011. But Mega64 is already sure that the new platform will change the face of gaming forever by creating a sense of immersion like you’ve never felt before!

On an unrelated note: Shawn, I never knew you were such a big Fall Out Boy fan. We’ll have to get together and rock out to “Dead on Arrival” in Rock Band sometime!