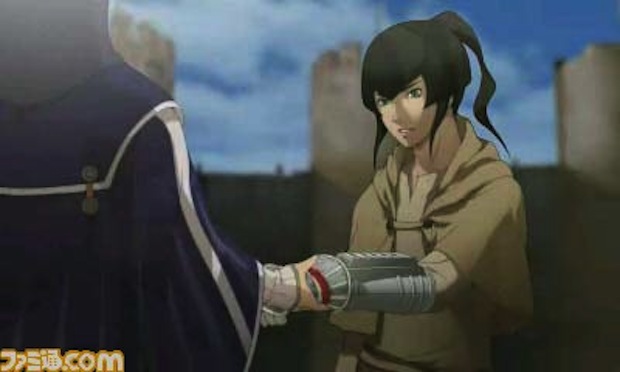 Protagonist is a guy with pretty hair

Famitsu has the scoop on the main characters and setting of upcoming 3DS game Shin Megami Tensei IV.

Forget the modern-day setting we’ve grown accustomed to. This new one takes place in the distant past, in 1492, in medeval-ish East Mikado, beginning in a high-walled city. It’s a world of samurais, where some of them become secret demon hunters.

That’s the case for the 18-year-old ponytailed protagonist. He dreams that he is destined to save the world, and then wakes to take place in a ritual that makes this so. It works out that he is a samurai by day, and a demon hunter in secret, as most of the citizens of this world do not know of the demons and devils.

Famitsu also shows off a couple of lead characters. Hope is the leader of the samurai, and Issachar is a childhood friend of the same age. These guys seem great, but their clothing is pretty boring.

Finally, some bonus shots show off some of the demons. It seems Nekomata is being her usual seductive self again.

Can’t wait. Hurry up, Atlus! You had better be localizing this right now.