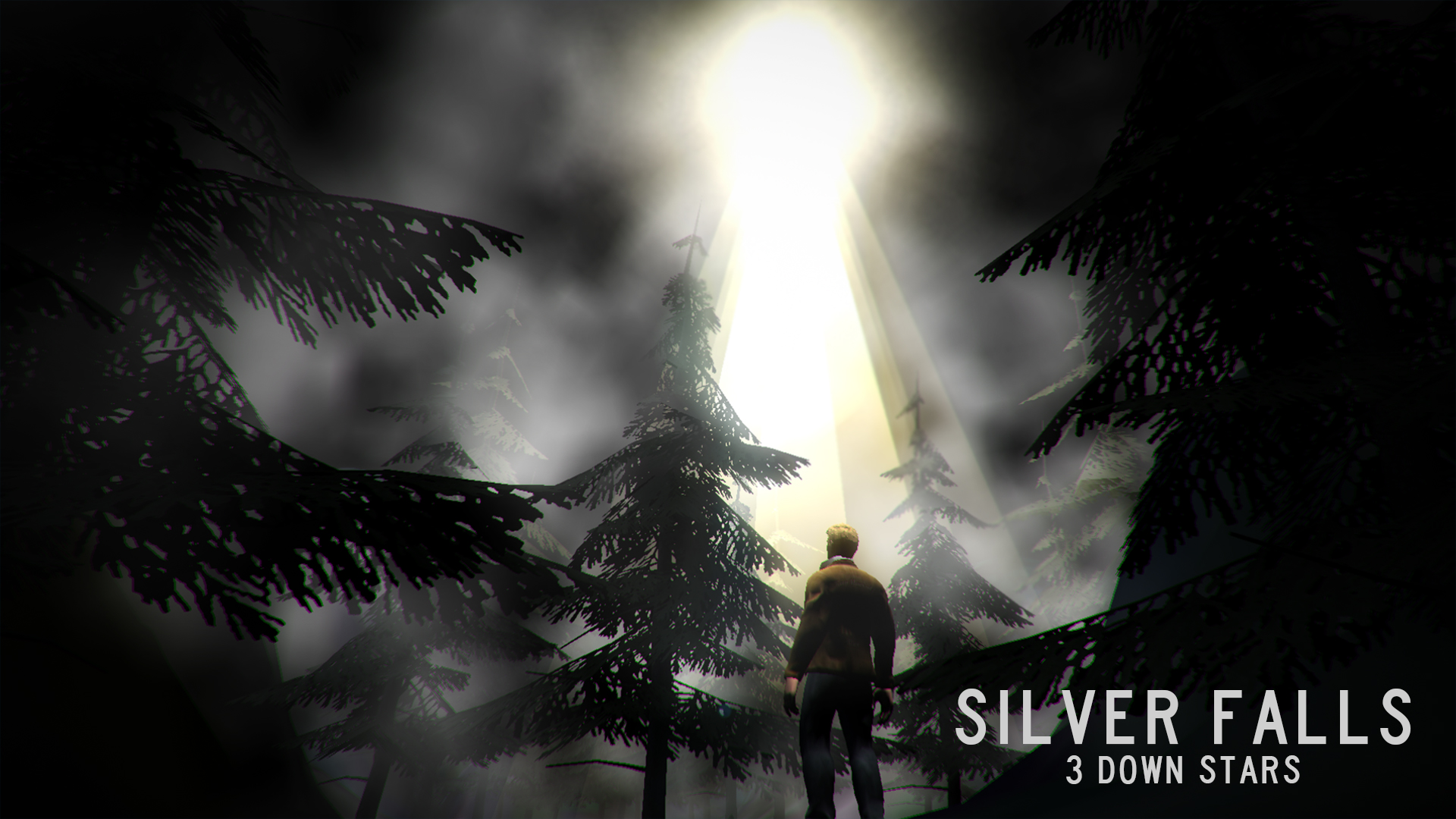 Get your 3 Doors Down jokes out of the way

It’s been slim pickings for Nintendo 3DS owners over the past year. While Nintendo has remained steadfast in its support of the handheld through 2019, other developers have already flown the coop. Indie devs, in particular, have seen the 3DS dry up as a revenue source, moving their projects over the much more bountiful Switch. It’s why that Nintendo system sees more than 20 games released every week while the 3DS is lucky to get one a month.

Not every developer has abandoned it though. Brian Provinciano is still shooting to release Shakedown: Hawaii on the handheld and just this last week, a new title started making the rounds on Twitter. Sungrand, a mobile development team of four from Australia looking to pivot into handheld and console gaming, is hard at work on Silver Falls: 3 Down Stars, an atmospheric horror game set to launch this year on the Nintendo 3DS. As if the prospect of releasing a game for a system many people want to be killed off isn’t daunting enough, 3 Down Stars is actually a New Nintendo 3DS/New Nintendo 2DS exclusive. The idea of a core title like this coming so late in the 3DS lifecycle intrigued me, so I got in touch with Jerrel Dulay of Sungrand, lead developer on the project, to find out everything I could about the upcoming game.

“The story follows three protagonists as they come to grips with what is happening in town,” Dulay explained. “Holt is on a fishing trip to honor the death of his grandfather. Analise is an event organize running a popular annual local festival. Most is the local Sheriff investigating recent reports of lights in the night sky. When three objects fall from the sky and land around Silver Falls, these three characters find that all the people around them are seemingly frozen in time. As they work together to figure out what is going on, they discover that the only way to really ‘move time forward’ is to find certain imminent disasters around the town and stop them from happening.”

Dulay said he thought up the Groundhog–Day-cum-mystery-thriller conceit for 3 Down Stars while listening to stories of alien abductions and something called the Mandela effect, which is when large groups of people share the same false memories. Sungrand has been working on the game for roughly a year, using artists from around the world to help create its world. It’s being built using the Unity engine along with game framework the developer created in-house. Though a clear influence from horror games of the past can be whiffed out from screenshots and plot details, Dulay said Sungrand is doing what it can to make Silver Falls its own unique place.

“We’re basing the design and atmosphere on the town more on experiences exploring small towns found while road-tripping through America,” he said. “While we are huge fans of Silent Hill, we are conscious to avoid producing something players will look at and think ‘Oh, it’s just a bad Silent Hill clone.’ An old film called Fire in the Sky helped to inspire us to work toward a sense of isolation, like if one of your friends disappeared while you were working in the forest and the town doesn’t believe you when you tell them aliens did it.”

Dulay told me further inspiration for the setting came from films of the ’80s, leading to an old and outdated look for Silver Falls even though the game is set in modern times. Players will be free to explore the town and learn more about its seemingly uneventful history. In addition to the campaign, 3 Down Stars will also ship with the more action-oriented Frontier Fighters mode.

“Frontier Fighters lets players take on short missions, suited to rides on the bus or train or during a lunch break,” he explained. “Players can unlock more playable characters beyond the main three. Each character has a unique set of skills as well as branching skill growth paths and varying character stats. One character might have high melee power but is bad at handling guns. Frontier Fighters rewards players with a variety of weapons not available in the story mode. Based on how well the player completes missions, these weapons might have game-changing skills attached, such as the ability to auto-reload some ammo every time the character is hit by enemies.”

Sounds exactly like my cup of tea. I love when horror games add these arcade-style bonus games. Raid Mode is one of the reasons Resident Evil: Revelations spent so much time in my OG model 3DS. Sungrand is aiming to have a healthy variety in mission type for Frontier Fighters, with objectives ranging from killing all the enemies to riding a roller coaster and taking out targets along the track. Weapons received in this mode will also be upgradable, with golf clubs and dynamite being specifically mentioned as tools players will be able to improve.

It all sounds swell from my point of view, and while the screenshots aren’t exactly showcasing the absolute heights of 3DS graphics capabilities, it’s certainly several steps above many titles available for the system. Dulay credits the power of the New Nintendo 3DS hardware in making this game possible, saying, “We have found the hardware is surprisingly strong in ways we didn’t expect. There’s a lot of visual detail and a sense of immersion we can achieve by making Silver Falls a New exclusive.”

Player inventory will be managed through the touchscreen and the extra buttons and C-stick nub of the New 3DS hardware will allow players to have a greater sense of interaction with the environment. From our conversation, it honestly sounds like Sungrand is pushing the New 3DS hardware as far as it can, which begs the question of why not just put this game on a more powerful system?

“I always wished more horror exploration games with a slower pace and a focus on atmosphere launched on the 3DS, a platform that reminds me a bit of sitting in a tent with a flashlight, reading a scare book,” Dulay said. “There will be plenty of time to make Switch games in the years to come. This is somewhat a chance for us to say thanks to Nintendo and the 3DS for all the years of fun. We wanted to offer a bit of excitement to gamers around the world with whom we shared the thrill of the 3DS.”

According to Dulay, there are ideas for return trips to Silver Falls that’ll only happen if players dare to give this game a shot. I know for many of our readers, the idea of paying money for a new 3DS game in 2018 is preposterous, but I still carry my New 2DS wherever I go and I know I’m not the only one. I’ve seen them on trains, planes, and in automobiles because there are millions of people who are still discovering everything the platform has to offer. This year, an estimated four million people will buy a 3DS either for the first time or as an upgrade from an older model. That’s four million customers most developers aren’t going to even bother trying to win and four million people who could make an obscure indie horror game one of the last surprise hits of the 3DS generation.

Silver Falls: 3 Down Stars is expected to launch before the end of the year. Check out the gallery below for exclusive screenshots of the title courtesy of Sungrand.