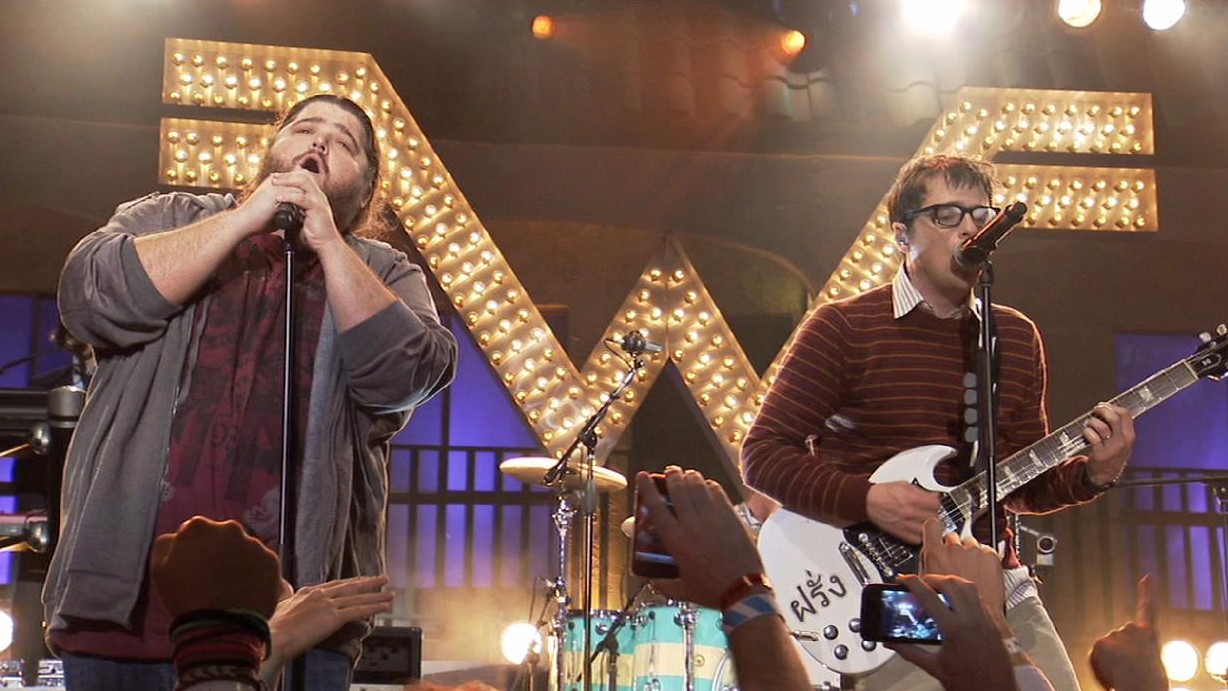 After the initial reveal of Guitar Hero Live, Activision’s been slowly unveiling ten songs a week to keep us interested. The only problem is that the vast majority of songs (and artists) are completely unknown to the majority of people. That’s sort of a biggie when these games sell themselves on the appeal of the tracks.

This week, that changes! Well, sort of. Not completely, to be honest. There’s still plenty of obscure stuff here, but at least you’ve heard of some of it. “Tie Your Mother Down” by Queen? Everyone loves Queen. “Buddy Holly” by Weezer? Not everyone loves Weezer, but I do — so much so that a “W” has adorned my Twitter profile for six years.

Then there’s a song fromWolfmother, who you probably only know because of “Woman” which was one of the first tracks on Guitar Hero II. Also, “Everybody Talks” by Neon Trees makes the cut, which I think was a really popular song. One time I got into a Twitter spat with the lead singer of Neon Trees because I tweeted that their album release ruined my birthday, and then the lead singer (who was searching for his band name) tweeted back saying that my birthday ruined his album release. That was a bad birthday.