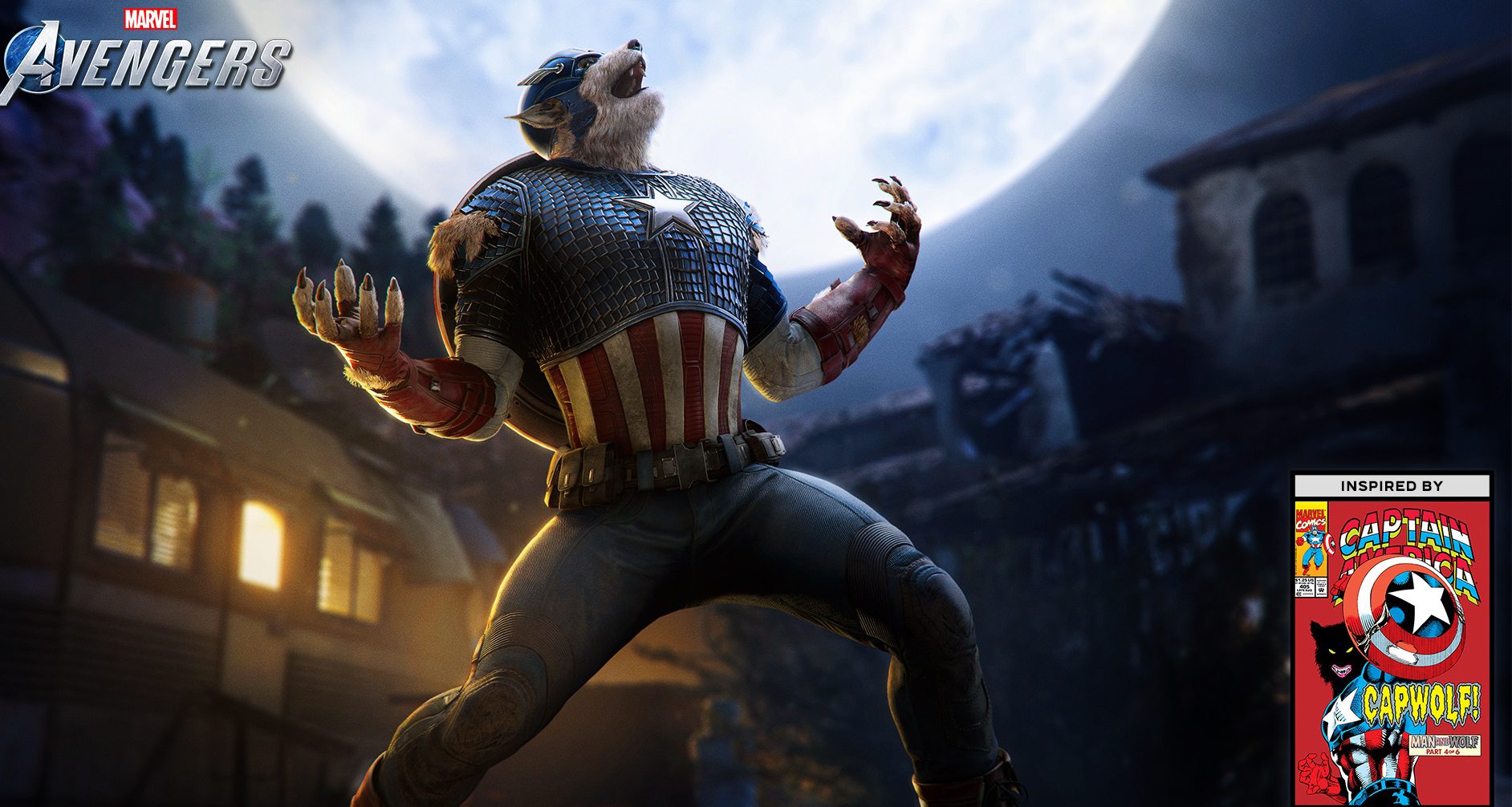 Ah, Marvel’s Avengers. It’s the game that won’t quit! You have the admire that level of moxie, but with Spider-Man still not out, they have to at least finish what they started since they have the license anyway. It’s a shame that the forced live-service elements are getting in the way constantly, but at least the team gets to have fun every so often. Take this Captain America Wolfsuit skin that just came out.

Amazing, right? The outfit sees Cap donning the “Man and Wolf” arc comic series look from 1992. Seeing how silly this is really shows how much promise this game could have had from the start: with challenge-linked unlockables of old, the ones you told your friends about on the playground. “You know if you beat this superboss you get this Captain America Wolfsuit, right?” “No way!”

That’s how Marvel’s Avengers could have played out. Instead, this wolf outfit is actually a marketplace skin, and very few things like it are actually unlockable. You pay for the game, then are asked to pay to get ahead, then pay for more. The new characters/expansions have been nice (and the concept art for the Klaw raid looks great), but they don’t make up for everything.

It’s unfortunate that this all happened, including the Verizon tie-in skins (which epitomizes where gaming as a whole is at in 2020 and beyond). I can see a world where Marvel’s Avengers was a true celebration of one of Marvel’s most iconic stables, but you only get one first impression.