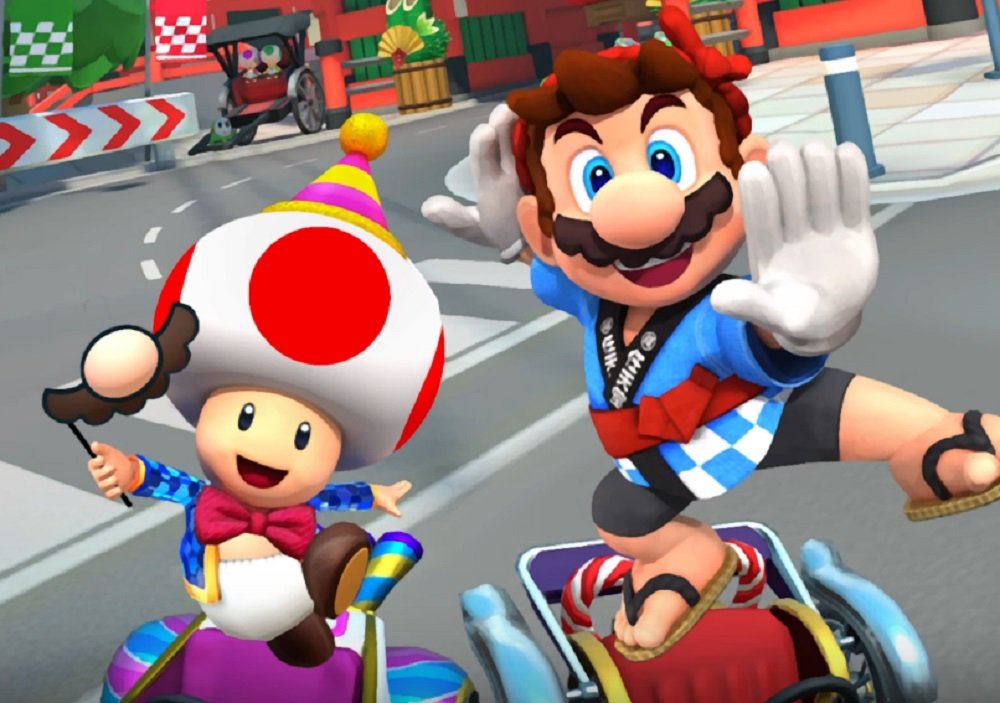 Coming down the pipe

Nintendo’s mobile racing grinder Mario Kart Tour is the latest video game to ring in a whole new year – or decade, even – with some fresh seasonal content. A newly-released trailer reveals the existence of several celebratory character skins, all headed to the much-maligned pipe system.

New skins will see Mario rocking his Happi outfit from the acclaimed Super Mario Odyssey, while Toad puts on a snazzy jacket, bow-tie and party hat. Curiously, the latter is also carrying a fake Mario nose and moustache, which he holds to his face while jumping, I guess it’s some kind of party mask.

A red Yoshi variant is also joining the roster, as is a golden Koopa Troopa wearing a backwards baseball cap, a look he’s clearly hoping will make a comeback in 2020. While there are no new tracks or modes this time around, current raceways will be decorated in the spirit of the season. It should also be noted that the previously-released Holiday content is still available until tomorrow.