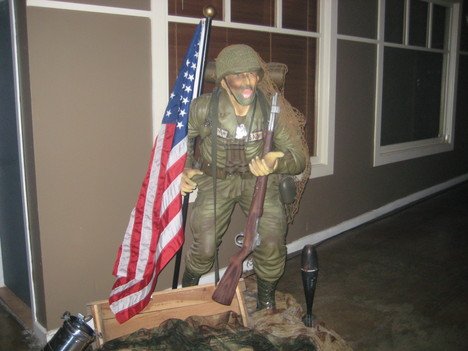 Ask anyone what comes from Texas and you’ll get one of two answers: steers or queers. Yeah, thanks for that, Mr. Kubrick, you a**hole. The common conception that only backwards rednecks and drunkards reside in the Lone Star State is incorrect, if not understandably conceived.

Not only have we recently evolved from riding horses everywhere to driving cars, we actually have a good number of videogame developers in the area, such as id Software, 3D Realms, and Gearbox Software. So when Editor-in-Chief Nick Chester asked me to represent Destructoid at Gearbox Software’s “Victory Party” Friday night, I felt it was my duty to represent the southern population of the industry.

The “Victory Party” was held in Dallas, Texas to celebrate the release of Brothers In Arms: Hell’s Highway (Xbox 360, PlayStation 3, PC) and Samba de Amigo (Wii), both of which come out on September 23. I was told I could bring one guest along, so before the party I picked up fellow Dallas community member blehman, and we headed over to the Palladium Ballroom where the event was taking place.

Details after the jump. 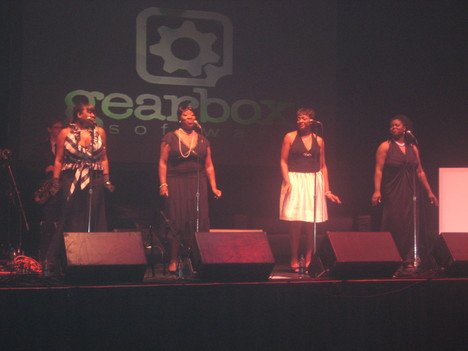 When we arrived, a jazz ensemble called Candy West & The Whatchamacallits were just starting up. I wasn’t sure what jazz had to do with shooting Nazis until Blehman pointed out that it was probably period music — the kind that would have been popular back in the 1940s during World War II.

After the jazz died down, Randy Pitchford, President and CEO of Gearbox Software, came out to thank the special guests of the night, who were divided into two groups. The first were the other game developers located in the area, such as the aforementioned 3D Realms, as well as id Software and Terminal Reality. The second thanks went to the event’s sponsors, which included NVIDIA and GameStop. I’m not sure what was going through Mr. Pitchford’s mind when the audience booed as he encouraged us to buy Brothers In Arms at GameStop, but he definitely should’ve seen it coming. 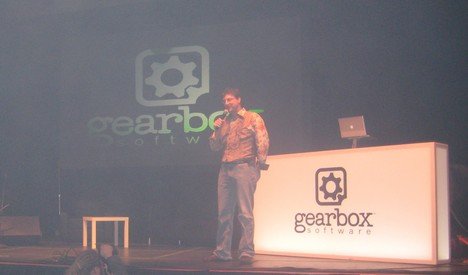 But this party was about videogames right? Right. Pitchford showed off lengthy trailers for the two featured games, and teasers for Gearbox’s other upcoming titles, Aliens: Colonial Marines and Borderlands. It was disappointing that out of the four trailers, all zero of them featured in-game footage, but I’m sure everyone had enough alcohol in them that they weren’t nitpicking details like that. 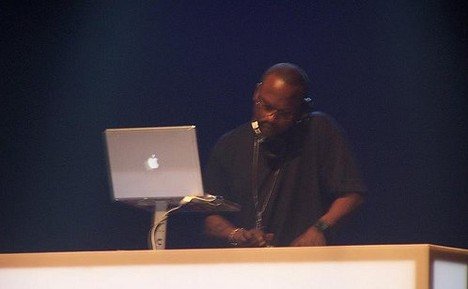 Finally, the main star of the night took the stage: DJ Jazzy Jeff, half of the infamous hip-hop group DJ Jazzy Jeff & The Fresh Prince, ran the turntables for the rest of the evening. Again, I have no idea what in the hell Jazzy Jeff has to do with World War II or maracas-shaking, but we went with it.

Unfortunately, “Wild Wild” Will Smith was not there; I’m sure he was busy worshiping L. Ron Hubbard or something equally important. However, Jeff had a rapper with him named SKILLZ. I couldn’t really figure out what SKILLZ was there for, as he did shit-all during the performance. He yelled out the last words of every few sentences from whatever song Jazzy Jeff was playing, but that was about it.

The night closed out with Pitchford returning and thanking us for coming out, and telling us to pick up Brothers In Arms and Samba de Amigo (unexpected, I know). Overall, the event was a little weak on the gaming side, but that was never really the point. Gearbox’s Victory Party was a celebration of the developing community that, however small, is still present in the more populous areas of Texas.