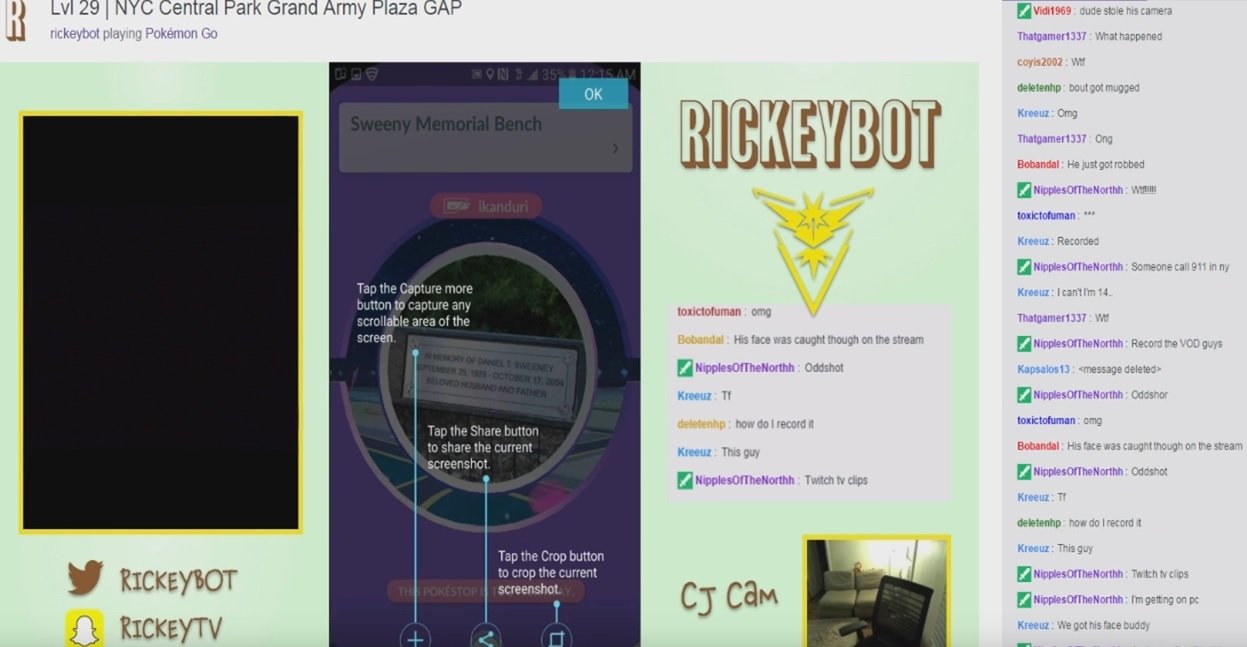 And it was archived

Streamer Rickeybot found himself in a nightmare situation last night while playing Pokemon Go for a live audience in New York City — he was mugged on camera. Rickeybot was just chilling playing Go when someone sucker punches him and stole his phone. The stream was archived (and uploaded to the YouTube channel below), so the authorities should be able to use the video as evidence.

Luckily he’s okay, as he reports that the scan on his jaw was negative for any major damage, and that it’s just going to be swollen for several days. As always, be safe if you’re playing at night and consider having a buddy, or even a group join you.