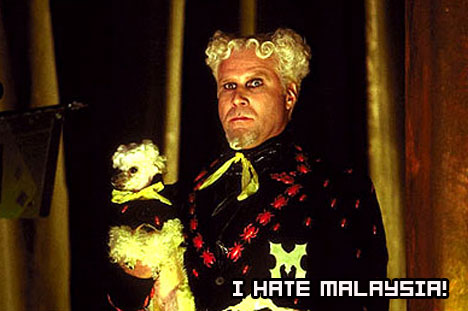 The Grand Theft Auto series pisses people off, you say? Well, imagine that. The latest in the line of the mortally offended is the head of a Malaysian consumer rights organization, who has called for a ban of GTA and otherly similarly violent games. This movement comes shortly after the murder of a Bangkok cabbie, which was swiftly linked to the fact that the nineteen year old who committed the crime was a GTA player.

Mohamed Idris, president of the Consumers Association of Penang, shared commentary in the Star Online:

It was recently reported that the Thai authorities have banned a computer video game known as Grand Theft Auto… Violent video games and television programmes have previously been linked to expressions of violence and aggression in young viewers. It is time for the authorities to act.

If this particular video game is available in Malaysia, CAP calls on the Ministry of Domestic Trade and Consumer Affairs to immediately halt its sales and ban this game. The Ministry should also warn the public and any stocks that have already been sold should be recalled.

CAP also calls on the Ministry to initiate immediate measures to weed out similar games and halt sales and also their use in video game arcades.

I don’t overreact to seeing games blamed, partially because I am used to it and partially because I can understand the desire to stop violence. However, focusing the hatred on games alone hardly seems fair — when have kids not imitated what they saw on television, in films or in games? You can’t wipe every provocative source of entertainment available off the face of the planet, as much as some people would like to.

Gamer pride aside, do you feel there’s any reason for a move like this?

[Via Gamepolitics — Thanks, Joe]