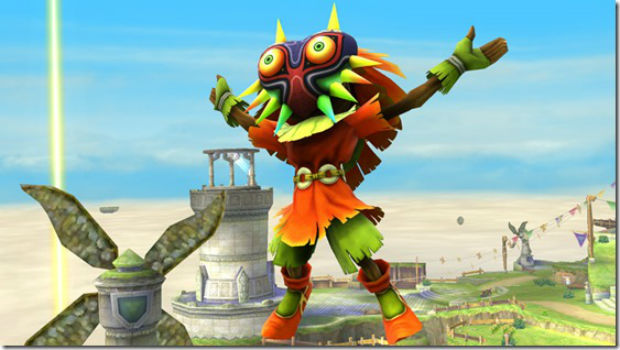 Does he…throw the moon at you?

Smash Bros. lead Sakurai had a surprise for us this morning, as he tweeted out a brand new pic of the day. Skull Kid from The Legend of Zelda: Majora’s Mask will be an Assist Trophy! The fan favorite Zelda game is no stranger to the Smash Bros. series of course, with theTermina: Great Bay stage appearing in Melee, among other references.

Sakurai reminds us that Skull Kid is not a new fighter, and will in fact function as a power-up, basically, as trophies have in past games. You can also see the Skyloft level behind him, which is a nice touch.

Now, about that Majora’s Mask remake for the 3DS?