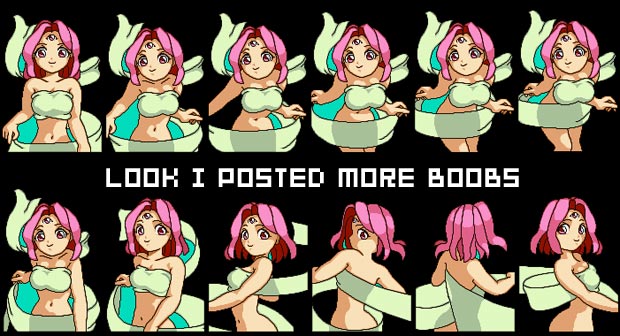 According to another information leak from the trusty ESRB, it appears the jiggly arcade puzzle game Magical Drop III is on its way to the Wii. It comes as part of a compilation of classic Data East arcade games, imaginatively titled Data East Arcade Collection. The game is almost singlehandedly responsible for boosting the entire disc’s ESRB rating to T, and the description reads thusly:

Sounds about right. Also included in the compilation are Bad Dudes, Burger Time, Caveman Ninja and Street Slam just to name a few. A release date for the collection has yet to be announced, but it’s been a long time since we heard the name Data East, and I know of a few Baltimore area Dtoiders who are already looking forward to it even if they don’t know it exists yet.