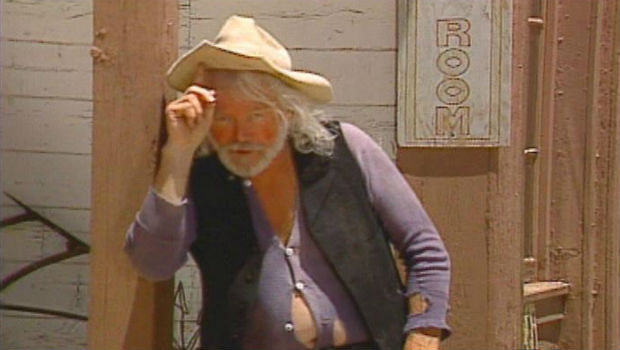 Yeeehawww! I can feel the excitement already! On June 14th, you’ll be able to download the 3DS iteration of Mad Dog McCree for $7.99. For all you youngins out there, Mad Dog McCree was an old 1990 light-gun arcade game — at the time it was pretty awesome, but to be perfectly blunt, it hasn’t aged all that well (although Old Prospector characters are timeless!).

As the mysterious stranger, your mission was to eliminate the titular Mad Dog, an evil outlaw hell bent on death and destruction, with your trusty light-gun compliant six shooter. Of course, the best thing to come out of this series is not the games themselves, but our own Anthony Burch’s video review of the Wii collection, which is hands down the best interactive video review of all time!

As for my experience with the Mad Dog, I still remember trying McCree at my local Fun Fair arcade — except it was right next to the irresistible X-Men Arcade and Fatal Fury cabinets, so I hardly ever played it.  Maybe we can get Who Shot﻿ Johnny Rock next?