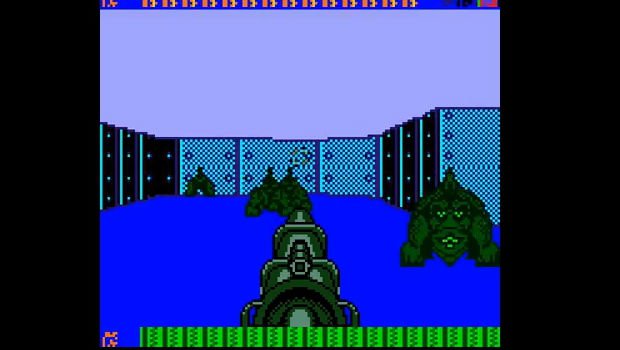 In 2001, Tyrannosaurus Tex, a first-person shooter for the Game Boy Color was all set to change the world as one of the only portable FPS games on the market — the only problem is, it was never released, as publisher Eidos canned it.

For over 10 years, the prototype card was held until it was auctioned off this January, and preserved by Nintendo Player. The above video is 30 minutes of raw footage of the game that was nearly lost forever. If it’s gameplay you’re after partner, skip on down to the 6:00 mark. All you really need to know is that it involves cowboys and dinosaurs in what may be the most amazing crossover of all time.

I have to say, even though it looks raw, the visuals are pretty impressive for a Game Boy Color game — I would have played it! That music makes me want to host a hootenanny bigger than the Hoop-Dee-Doo Revue.