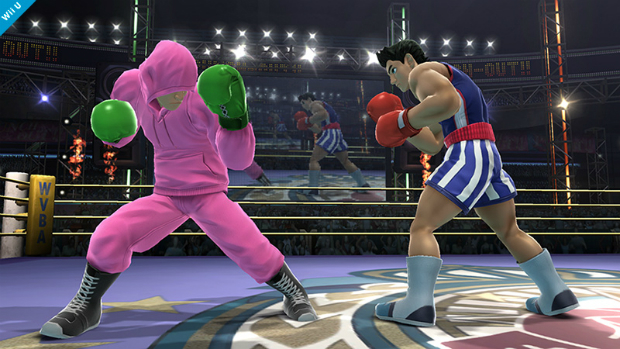 Now Little Mac is as fearsome as Peach, Kirby, and Jigglypuff

When people think of Little Mac, they generally think of one of two things: punching and that radical pink sweatsuit he wears in the training scene of the original Punch-Out!! In a Miiverse post (embedded below), Super Smash Bros. developer Masahiro Sakurai shows off the snazzy outfit as it will appear in the upcoming Wii U release.

I got to try out Little Mac at E3, and I found him to be pretty beastly in the limited time I had. It might just be that he has such a small learning curve to take on, but I was able to wreck my opponents with him without much difficulty. I can only imagine the insult added to injury when players do just that while wearing this hot pink getup.