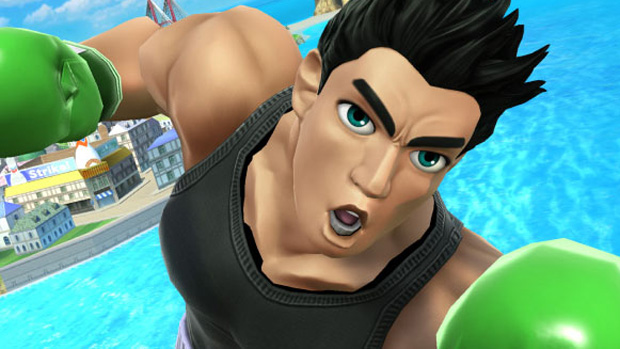 With the announcement of Little Mac, of Punch-Out!! fame, coming to the upcoming Wii U/3DS edition of Super Smash Bros., many (myself included) have been wondering just how well the pint-sized puncher is going to fare against the likes of some of Nintendo’s heaviest hitters. Well, after watching this analysis video from the peeps over at GameXplain, I think I have just found my new main.

For starters he’s fast, maybe even the fastest fighter on the roster. He also appears to be extremely flinch resistant in his attack animations — allowing him the opportunity to dish out some major damage in exchange for a mere scratch. Little Mac does have his weakness though: the boy has no air game. Which is quite evident from his exchange with the Wii Fit trainer in the announcement trailer.

Then again, they do say “white men can’t jump”.