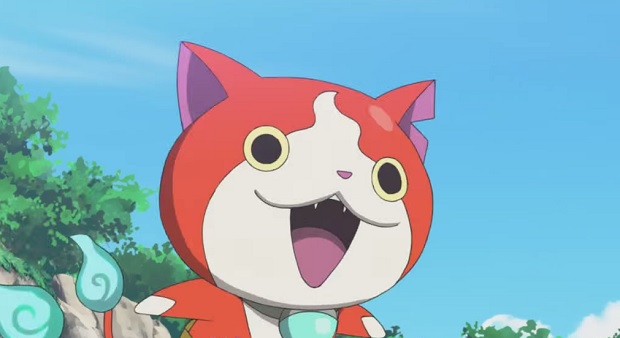 Nothing sells videogames like a flash mob, you know.

Actually, the latest estimates put the opening weekend sales figures north of the 1.31 million mark. Particulars aside, Japan is crazy for this ghost-flavored Pokémon clone and folks are taking to the streets in droves to sing its praises.

Oh wait, that’s just a television commercial — one that doesn’t even do a good job explaining what exactly a Yo-Kai Watch is. I suppose it doesn’t really need to, though, given how the franchise has become a household name in Japan over the past year.

Many of us silly gaijins have yet to be exposed to the cult of Yo-Kai Watch, though. So here you go, silly gaijin, have are a couple extra promotional videos to give yourself a better idea of what this pop culture phenomenon is all about.

(It’s about brainwashing children and taking all our money.)