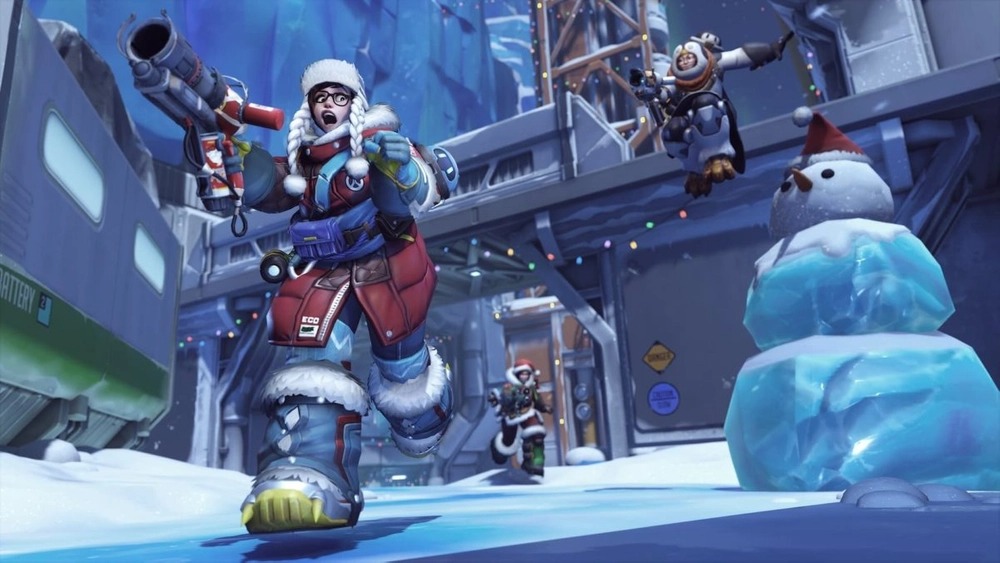 Which game brings the most holiday cheer?

Seasonal events in live service games are something I look forward to every year. Whether they’re for the holiday season at the end of the year, or the best time of the year aka spooky season, it’s always a good time to collect all the themed cosmetics and jump into a special game mode that will only be around for so long. These days, pretty much every live service game worth its salt has a holiday event to speak of, and with so many great ones out there (and a few that deserve a lump of coal), I had to do what we games journalists do — I had to rank them.

So here’s my list of the live service holiday events of 2022. When it came to the games I chose, it came down to which titles I play, are intrigued by, or believe to generally have a big audience. I tried to keep things varied, but admittedly I am drawn to first-person shooters and cozy life sims. Those preferences will be reflected here. Generally the main qualification was whether or not they make me feel the holiday spirit, which is intentionally intangible on my part, because at the end of the day it’s my list and I’m gonna rank ’em how I want. If I missed the holiday event from your live service event, make sure to share your thoughts and we can duke it out in the comments. Happy holidays, y’all! 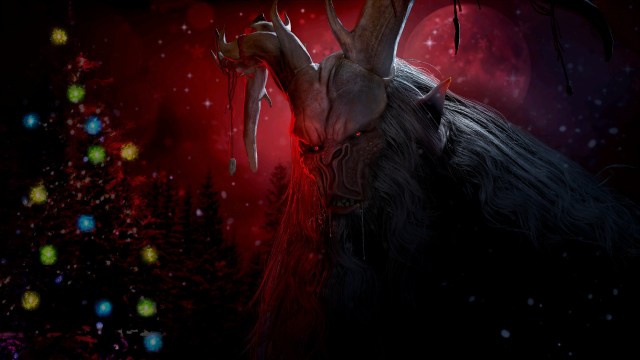 Last year, this event would have been at the top of this list. There was a Krampus (or basically a big scary buff goat dude inspired by the figure of European folklore of the same name) running around the map and causing chaos, killing any player that stood in his way. Shipment is already my favorite Call of Duty map to play, but having a genuinely frightening creature hunting you down only added to the chaos and fun — hence the name “Festive Fervor.”

Plus it was always hilarious to see a dude come barrelling around the corner at me full speed, only for me to catch a glimpse before he took me out with his knife. I was laughing so hard I didn’t even care that I died.

This year, Call of Duty is at the top of my Naughty List, because they’re not even having a winter event at all this time around. I get that entirely different studios worked on Vanguard and Modern Warfare II, but Festive Fervor was one of my favorites and the fact that they didn’t bring it back is a total downer. 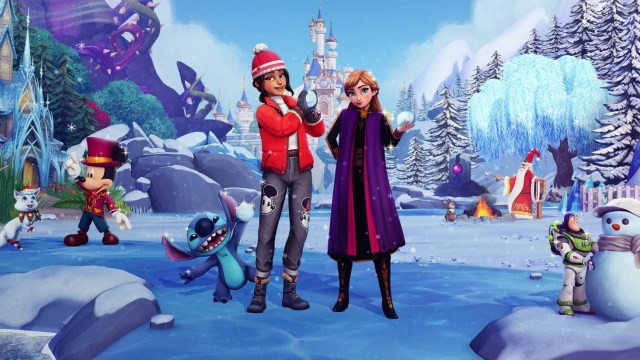 I get it — we’re too busy in Dreamlight Valley trying to save the kingdom to take a bunch of time off to hang around for the holidays. Well, maybe a little break wouldn’t hurt… After all, removing Night Thorns is one of the Festive Star Path events you can do as part of the event. All in all, though, Dreamlight Valley’s Gift of Giving is pretty par for the course – collect holiday outfits, furniture, and decorations for the town. You get access to all of those things by completing tasks, which are fairly simple, like petting animal companions or mining in the Plaza.

I’m docking points on this one, because doing chores in order to get your presents doesn’t evoke the holiday spirit to me. Plus, there’s kind of a way to sneak around it if you’re willing to dish out some real world cash for in-game currency. No thanks. 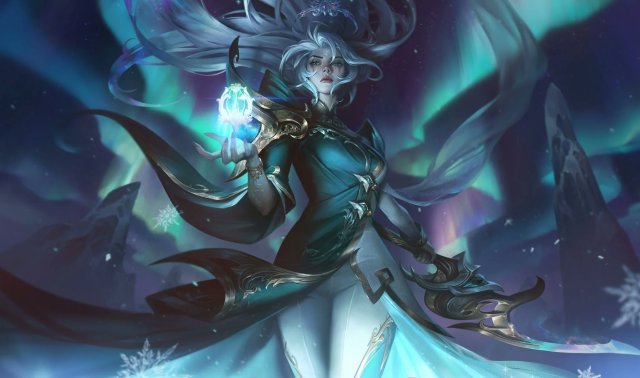 League of Legends’ winter event, Winterblessed, certainly isn’t anything to turn your nose up at. There’s plenty to get excited about if you’re already nose-deep in League, but the offerings aren’t enough to make a casual like me want to dive into the proverbial pile of snow. You’ve got your themed Runes, in-game consumables, costumes for your minions, a snowy map, skins, and more. There are some themed missions as well, which include regular in-game actions like dealing damage or getting a triple kill, while you can also complete a mission for throwing snowballs. Fun!

There is a bit of a downside, however — while you can earn pretty much all of the cosmetics by going the free-to-play route, you can’t get the coveted Prestige skin without buying in first. I’ve never met Santa, but I like to think he couldn’t take kindly to premium battle passes. 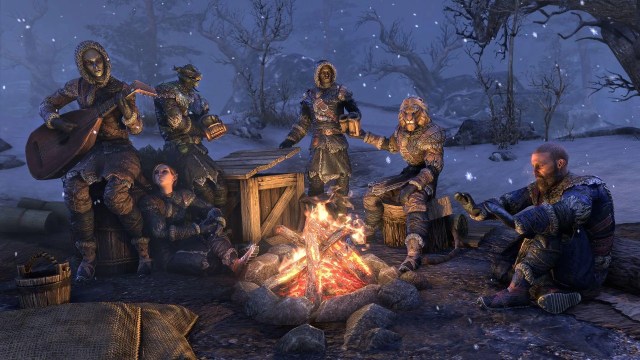 The Elder Scrolls games always intimidated me because of just how big they are with so many things to do all the time, so it shouldn’t have come as a surprise to me that their holiday event would be just as substantial. The main draw to Elder Scrolls Online’s New Life Festival are the New Life Festival Boxes (they could have been a little more creative with the naming convention, but I digress). These boxes contain all kinds of valuable items that relate to the festival, including recipes, ingredients, or rare collectibles.

There are a whole host of quests that players can complete every single day to earn up to ten boxes every 24 hours. Players who love the grind will absolutely love the New Life Festival, and while it’s fun to see the townspeople getting into the holiday spirit in game, I admit this one is a bit too much for me. 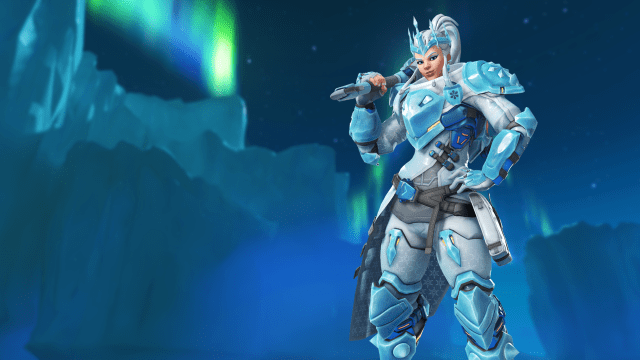 I really wish I could put Overwatch 2’s Winter Wonderland higher on the list, because it truly has been one of my favorites to play over the years. There are multiple limited-time game modes that come around each year, and considering they have an ice-themed hero to play off of, they do a great job of utilizing her kit to make for some unique arcade modes.

Blizzard usually puts out some awesome cosmetics, with the winter-themed skins being some of the absolute best you could get in the game. My problem with this year’s Winter Wonderland will sound familiar to anyone who has heard my complaints about Overwatch 2 in general — it’s pretty slim pickings when it comes to the new skins, and aside from the Brigette skin you can grind for, you have to buy the rest in the shop. Bah humbug. 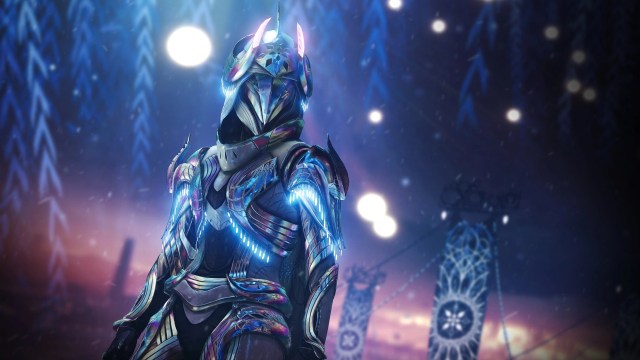 I don’t play Destiny, not because I don’t think I’d like it, but because I think I’d like it too much and be sucked into a black hole of catching up on the game’s insanely detailed lore. This year’s Destiny holiday event, known as “The Dawning”, will not only get you some festive skins and weapons, but you can throw snowballs at enemies and bake treats for your friends.

That’s insanely adorable, and if Bungie is willing to put that in the game, it makes me think that Destiny 2 really would be my cup of tea all over again. 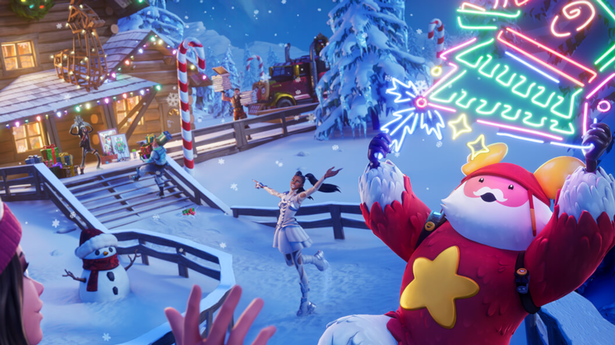 I haven’t touched Fortnite since it was in early access before the battle royale mode was even introduced, and the game sure has changed a lot since then. If there is one thing I know for sure about Fortnite, though, is that they never do anything halfway, and that goes for their holiday event, too.

Not only are there some festive cosmetics on offer, but there’s an entire cozy lodge where players can enter and open gifts. I’m a real sucker for anything cozy, so it sounds like Fortnite fans are gonna be in for a real treat this year (especially because the My Hero Academia crossover also just dropped). 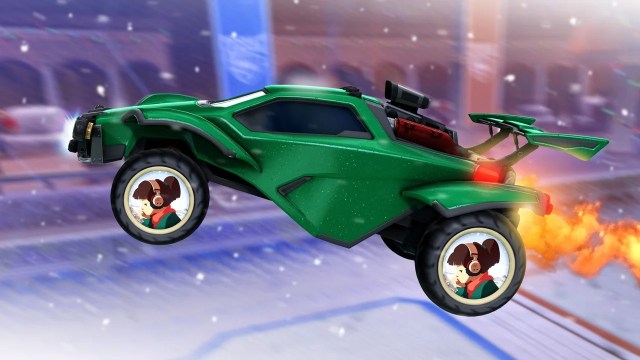 I’m terrible at Rocket League, but I have to admit it’s one of my favorite esports games out there. I usually don’t pay much attention to their winter events because it’s a game I only play once in a blue moon, but they really got me this time around. Rocket League is known for having some cool collabs (they even put our robot mascot Mr. Destructoid in there), but they outdid themselves by teaming up with the Lofi Girl.

I am known to keep the “lofi hip hop radio – beats to relax/study to” YouTube stream on pretty much 24/7, so I was pumped to see that she was part of the event this year. “What’s so festive about the Lofi Girl?” you ask. Well, it’s simple, the most important part of the holidays is feeling cozy, obviously. Nothing makes me feel cozier than bundling up with a warm cup of tea, a blanket, and some relaxing lofi beats. Okay, I’ll admit this one’s a bit of a stretch, but I love the collab so much I don’t really care. 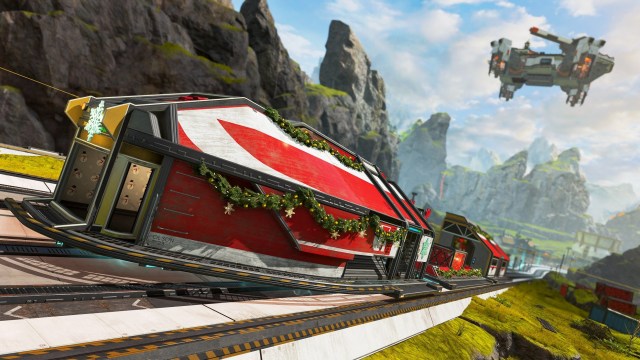 Apex Legends is another entry in the battle royale genre that’s managed to stick around and make a name for itself, and while it’s another title that I don’t play, it has one of the coolest themed game modes I’ve ever seen. It basically works like this: there’s a train called the Winter Express that’s moving around the map to different stations, and players are pitted against other teams to board the train and capture it, like a big, moving control point. I always love a map that has moving elements, and the idea of fighting on and around a giant train set piece sounds amazing.

Apex does have the whole battle pass formula that I’m not too fond of, so getting their skins might be tedious for some, but I have to give points for the creativity of drawing upon holiday classic The Polar Express. With so many games jostling to stand out in a sea of other winter-themed modes, a high-speed battle set on a train has to be one of the coolest I’ve seen. 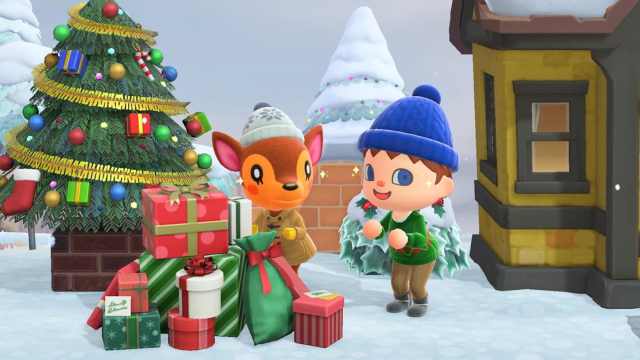 With all the other holiday events are out here with their fests and wonderlands, I can’t deny how much I love the bluntness of “Toy Day.” In the Animal Crossing world, it’s a day for receiving, opening, and playing with toys, and I have nothing but respect for that. When it comes to the actual event, it’s gotta be the best in terms of getting you involved and into the holiday spirit.

Not only do you have all the wintery outfits, furniture, and decorative items you could want, but you also have to plan ahead by purchasing gifts for each one of your villagers in the weeks leading up to Toy Day. Then when the day finally arrives, a reindeer named Jingle will visit your town, and after you complete a series of tasks for him, you give your villagers the gifts you so lovingly purchased and wrapped for them. What’s more, they’ll even gift you a gift in return as a token of their appreciation.

I know, I know, other games focus more on shooting at other players instead of being their friends and giving them gifts, so it’s not quite a fair comparison. But if we’re talking about what’s going to get me in the holiday spirit, nothing works better than a wholesome quest of giving my friends something that will make them feel special.