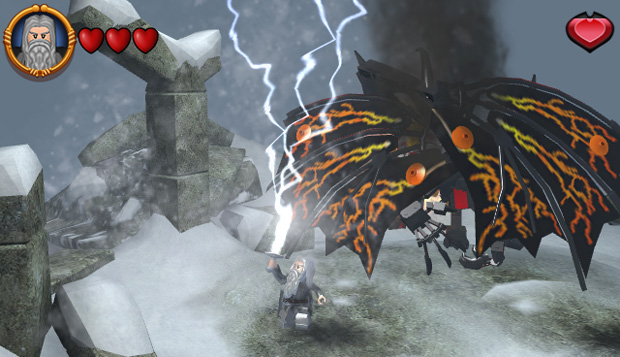 Other versions are two weeks out

LEGO The Lord of the Rings released today for DS, 3DS, and PlayStation Vita (pictured above). While TT Games has done well for itself on handheld systems, the studio’s LEGO titles have always seemed best played on consoles to me. The PlayStation 3, Wii, Xbox 360, and PC versions of the game are scheduled to arrive on November 13, 2012 should you happen to agree.

Despite being very tempted by a few of the countless other LEGO games to come before this release and not being a LOTR superfan, something tells me this might just be the one. The scale of it all in particular seems promising. Are any of you in a similar position?