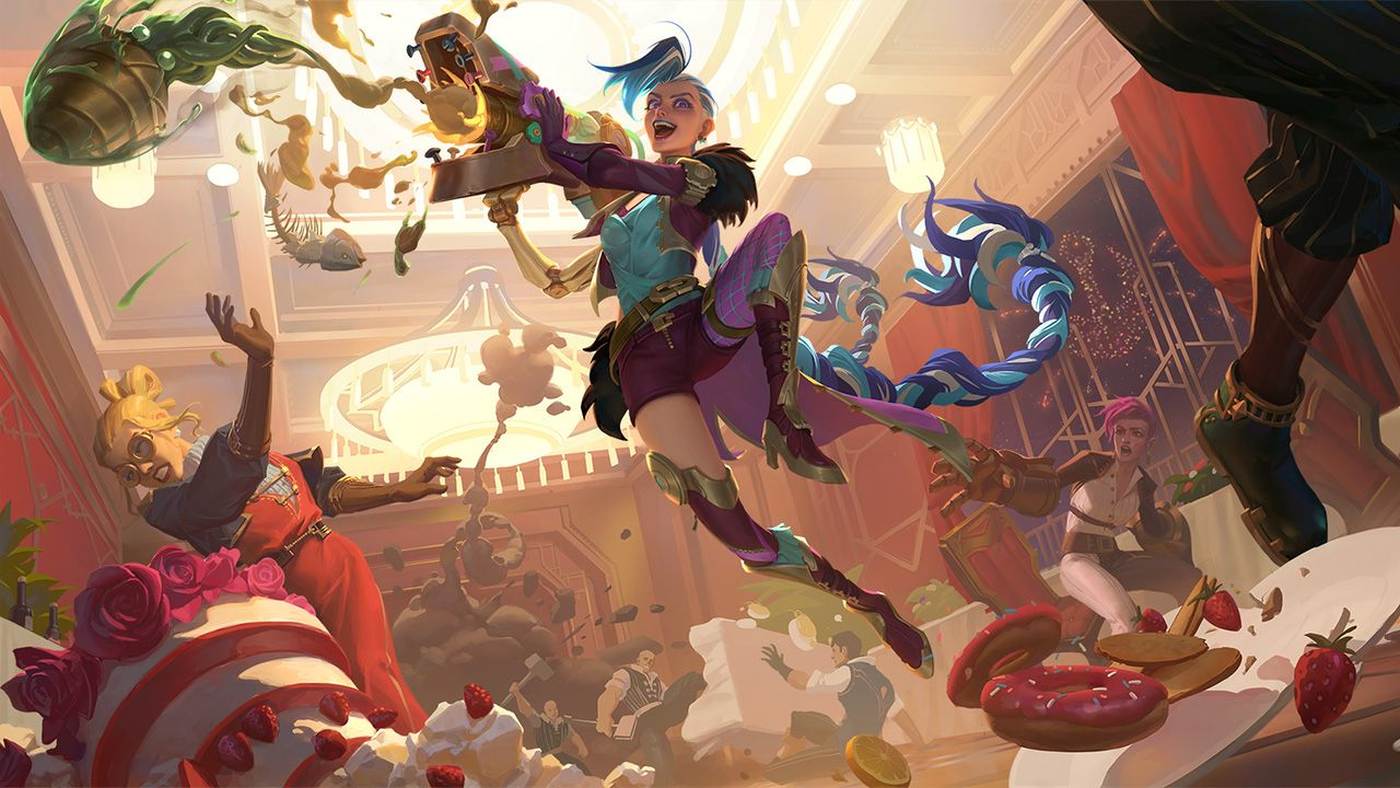 Kick things off with an Arcane tie-in

The mode goes live on Nov. 10, but we got a chance to check out some of the content ahead of time. Taking place in the world of Runeterra, the Path of Champions functions like many other single-player deckbuilders. You progress along a path of branching nodes, choosing different routes that might offer upgrades, boons, or unique encounters.

As part of the launch, Riot is celebrating the release of the Arcane series on Netflix with a story-based narrative set in Piltover and Zaun. This was the area we got to check out, as I piloted a Jinx deck through the underworld and up into Piltover.

One big takeaway from this special campaign was the incorporation of story, which made it stand out not just from Runterra‘s other offerings like the Lab of Legends, but many other run-based deckbuilders. If you like the world of League of Legends and Runeterra in general, Path of Champions really showcases it all in a new light with animated comics and voiceovers.

There are even branching narrative choices, which can result in different endings for your run depending on what you choose. As a fan of the Jinx and Vi-focused narrative that Arcane is zooming in on, it worked pretty well for me.

It may be contingent on whether you enjoy playing the base game of Legends of Runeterra, but the nice part is that Riot’s card game is free-to-play. If the idea of a branching run-based mode with lots of League of Legends lore sounds appealing, it’s free to download and try out.

A bevy of new content arrives alongside Path of Champions, including a new Mega Event Pass with emotes, guardians, and card backs, as well as some Gilded skins for Arcane-related cards like Vi, Jinx, Caitlyn, Ekko, and Jayce.

Legends of Runeterra will launch its Path of Champions mode on Nov. 10, 2021.