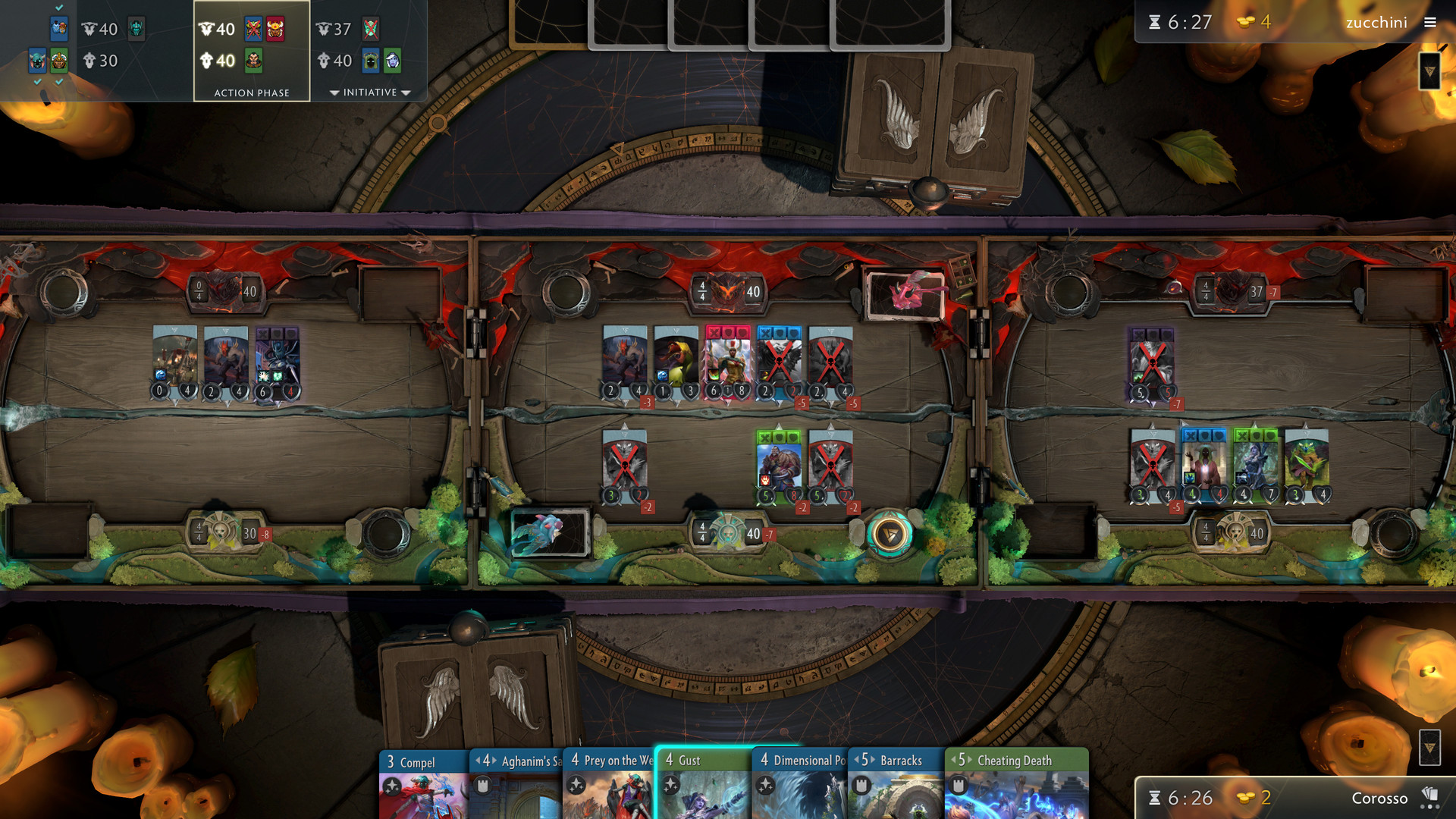 Regardless of how well it was designed, I was always dubious of Valve’s plans for Artifact. Given that it had 595 peak players in the last 24 hours, I’m not sure what the plan is in general going forward.

After reaching a booming 60,740 all-time peak player count following a boisterous launch, Artifact has been steadily bleeding players for the past four months. It wasn’t looking too good for the game and based on a recent development involving designer Dr. Richard Garfield (of Magic: The Gathering fame) the future doesn’t seem very bright. Following a discussion that layoffs had nebulously happened at Valve, Artifact blog Artibuff reached out to Dr. Garfield directly to see if Artifact had been impacted, which he was able to confirm.

Garfield himself explains everything plainly and eloquently, stating: “We weren’t surprised by the layoff considering how rocky the launch was, the team was enthusiastic about the game and were confident that they had a good product but it became clear it wasn’t going to be easy to get the game to where we wanted it. The layoff makes sense for a number of reasons. To name a couple; now that the game is out there time is more critical, so more voices within the team that you have to navigate may not be as good as making less considered decisions faster. Another – the expertise that 3 Donkeys [Garfield’s company] brought is less critical after listening to us for four plus years.”

He follows up by saying that he and his team “remain optimistic,” and even offered to help advise Valve in a free capacity. Given that Garfield operates in various industries in a semi-regular fashion, often helping with design work on all sorts of projects (including Magic, with the semi-recent Dominaria set), he was likely never going to be a permanent fixture at Valve. Still, it’s only been several months and Garfield clearly wants to keep working on Artifact, which implies the separation was not mutual. Currently, Artifact is sitting at a “mostly negative” status in terms of recent reviews and “mixed” overall. It launched back on November 28 of last year and failed to pick up Steam after a contentious monetization system on top of a $19.99 premium asking price.

I cover and play a lot of card games and I believe there’s a bunch of reasons why this happened: there’s the oversaturation of DCGs in general (on top of Hearthstone and Magic: Arena there’s also tons of great indie titles at the moment), Valve’s aforementioned monetary missteps, and possibly just a general sense of being “over” the way Valve communicates (which is to say, not much, as the Twitter account for this huge project hasn’t been updated in three months).

We’re in an era where folks request constant communication and direction on where live service games are going long term. If they don’t get it, they’ll move on. “You can buy hats, we’ll mysteriously tell you more later” isn’t cutting it in 2019.