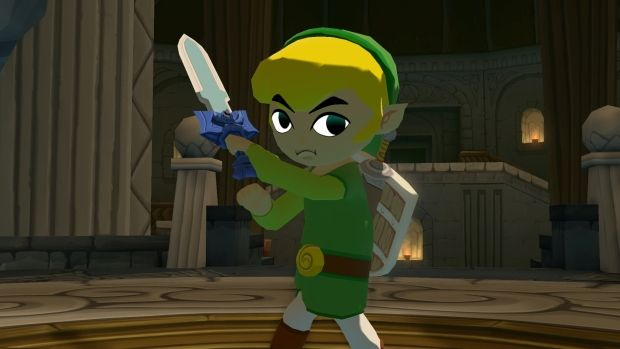 Someone at Nintendo speaking my language. Figuratively.

Legend of Zelda producer Eiji Aonuma seems to have radical ideas. As radical as you might expect from Nintendo, anyway. In an interview with 4Gamer, translated by Siliconera, Aonuma explained the heavily reported mistranslation that left many thinking he had become “tired of making Zelda games.”

When I say I’m tired, I’m not talking about making Zelda, but rather, the same constituent that has been used to make Zelda up until now. While on the subject, in regard to how we’ve always done things the traditional way until now: ‘Why does it have to be traditional?’ That’s the question I’ve been asking myself. If we don’t change that, we can’t make something new

As not much of a Zelda fan, I find myself asking that question, too. Thankfully, Aonuma said his future productions (A Link Between Worlds and the upcoming Wii U Zelda) would be influenced by what he learned making Wind Waker HD, the HD version of the best title in the franchise. Of course, even that then devolves to iteration and repetition.

“Something that is traditional is in a sense often something that copies previous works, so if you continue doing that, it gradually takes away from its uniqueness,” Aonuma explained. “Having someone think ‘Huh? Is this Zelda?!’ at first, then ‘Oh, it is Zelda,’ is what we’re going for. Something that wouldn’t make it matter whether Link or Princess Zelda appear in it or not. Something where it wouldn’t even matter if Zelda is actually a princess, or not.”

I still want a gender swapped Legend of Zelda, or something in that vein. It seems like Aonuma wants something different, too. Do you?

The Legend of Zelda Producer Asks, “Why Does It Have To Be Traditional?” [Siliconera]