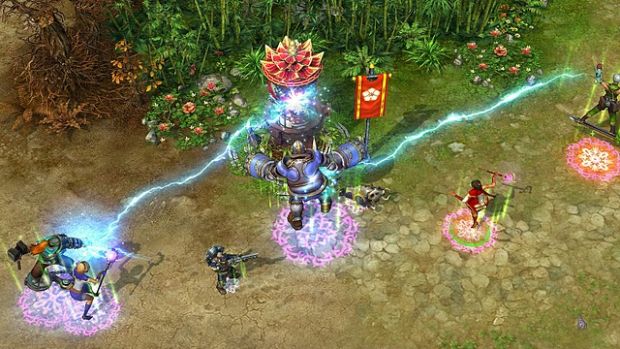 MMOs aren’t our typical beat at Destructoid but it was hard to pass up a chance to look at Prime World due to their booth that actually had a bounce house. Yes, a bounce house. At E3. Videogames! So yeah, I interviewed Sergey Orlovskiy, Executive Producer, President and founder of Nival as he gave me the lowdown on what Prime World actually entails. There’s questing, puzzle games and other MMO stuff!

P.S. Major props to Bob Muir who was the one filming and editing all my videos at E3. He seems to find the best music to accompany all our interviews.