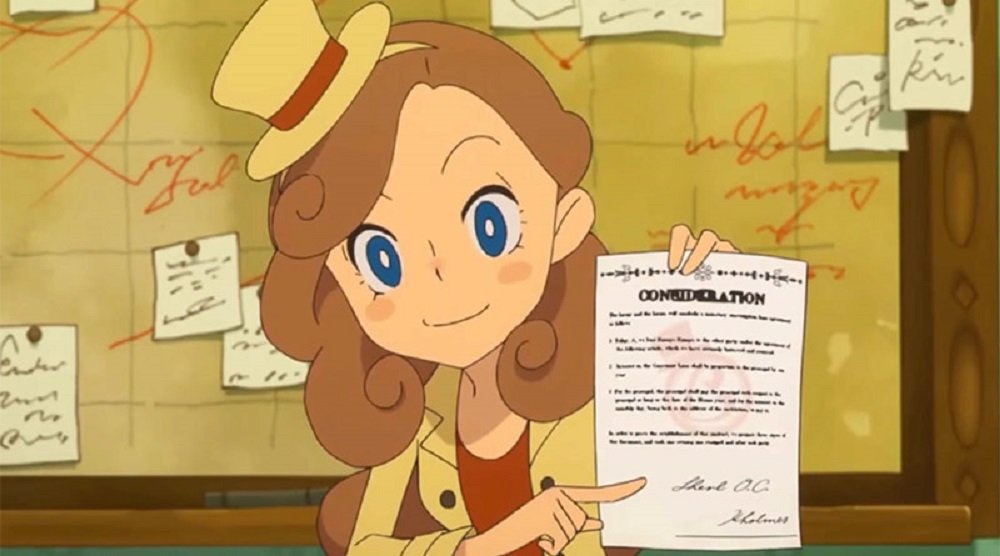 As written in the latest issue of Japanese publication Famitsu, Level-5’s 3DS adventure Layton’s Mystery Journey: Katrielle and the Millionaires’ Conspiracy is coming to the Nintendo Switch in Japan on August 9.

Originally launching for 3DS and mobile devices in the Summer of 2017, Katrielle and the Millionaires’ Conspiracy sees the daughter of series’ star Professor Layton don the detective’s cap after dear old dad goes missing while on a case. Accompanied by her chatty dog, Sherl, Katrielle finds herself solving a variety of mysteries for the local townsfolk, leading to the truth about her father’s disappearance.

The Nintendo Switch version of the game will include all of the game’s episodes, as well as an alternate control system. There is no mention of a Western localisation as of yet, but given that both the mobile and 3DS versions of the title hit these shores with relative ease, fans should keep their hopes up.