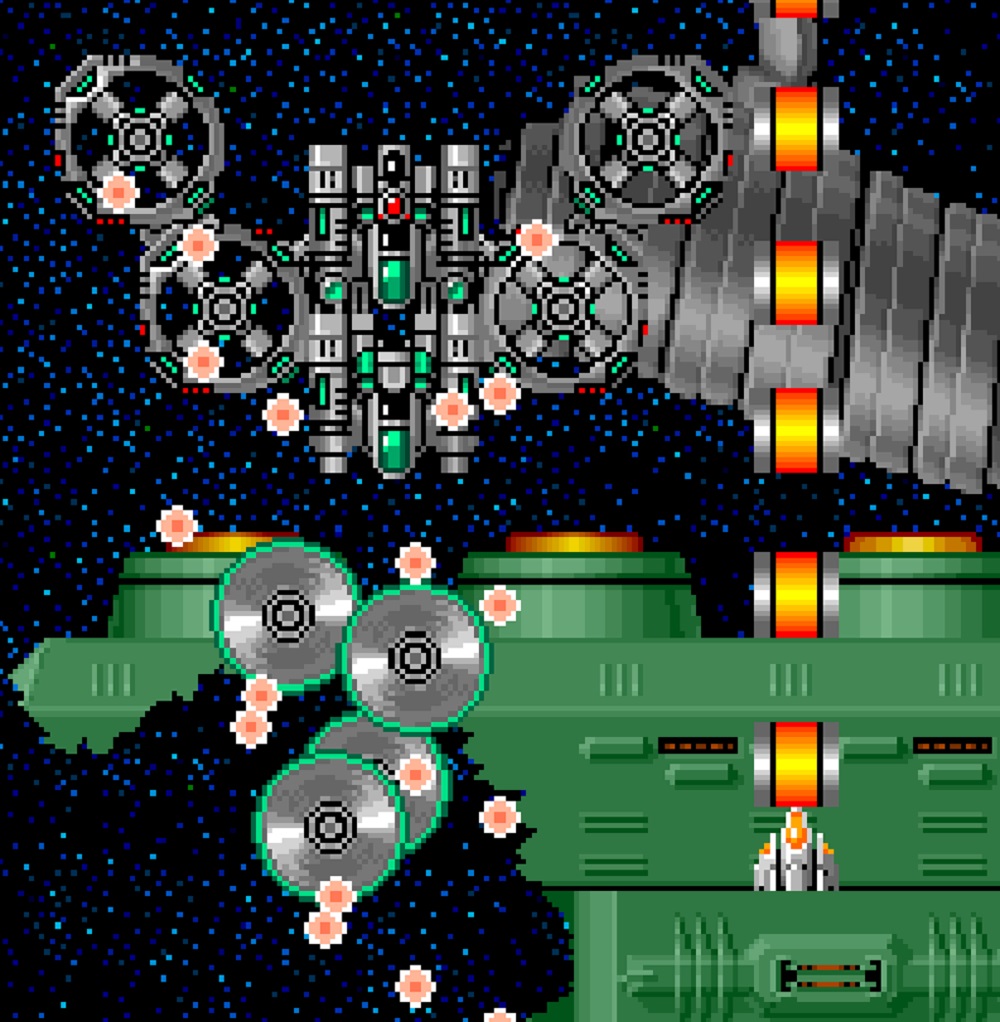 One of the reasons shmups were such a prevalent genre in the ’80s arcade scene was the simplicity of creating an in-game universe. Just grab yourself a black screen to represent space, dot in some pixel stars, overlay your sprites and you’re read to be transported to another dimension. Job done.

Omega Fighter, developed by UPL in 1989, was one of a thousand space shmup titles vying for your quarters during the decade. At first glance, this vertically scrolling shooter is no different to many other titles on the market, but it does have one neat creative idea. Rather than have players fly through space taking on waves of enemies, the stages themselves would be a mighty battleships, with the player’s goal to take them apart, piece by piece, en route to the stage’s end.

As standard, players can pick up a selection of power-ups to switch out weapons, activate smart bombs and even slow down time. The brave and the bold will want to wait until they see the whites of their enemies’ eyes, as more points are earned for fighting at point-blank range.

If you wanna take a trip back to fast-firing arcade days of the ’80s, then Omega Fighter is available to download now on PS4 in Japan and Nintendo Switch worldwide, priced at $8.