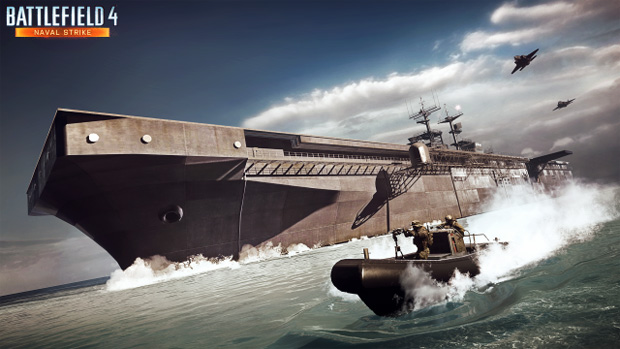 But it’s out for other systems, if you’re a Premium member

The Naval Strike DLC for Battlefield 4 launches today for Battlefield 4 Premium members ahead of its wide release on April 8, 2014. That was the plan, anyway. The new content (four maps, Titan mode, a hovercraft) will be late on PC, it turns out — DICE has “detected an issue and it needs to be solved” before it can launch Naval Strike on the platform.

“Quality is our number one priority and we will not release Battlefield 4 Naval Strike on PC until we feel it meets the highest quality level possible,” wrote the studio. “Once we have a confirmed date for PC, we’ll be sure to update those players on our official channels. We appreciate your patience and look forward to seeing everyone on the Battlefield.”

Battlelog commenter SirArthurSir set the world on fire with a burn so fierce I had to share it here: “Wow fixing the game before release. That’s something new for you DICE!” Daaaamn.