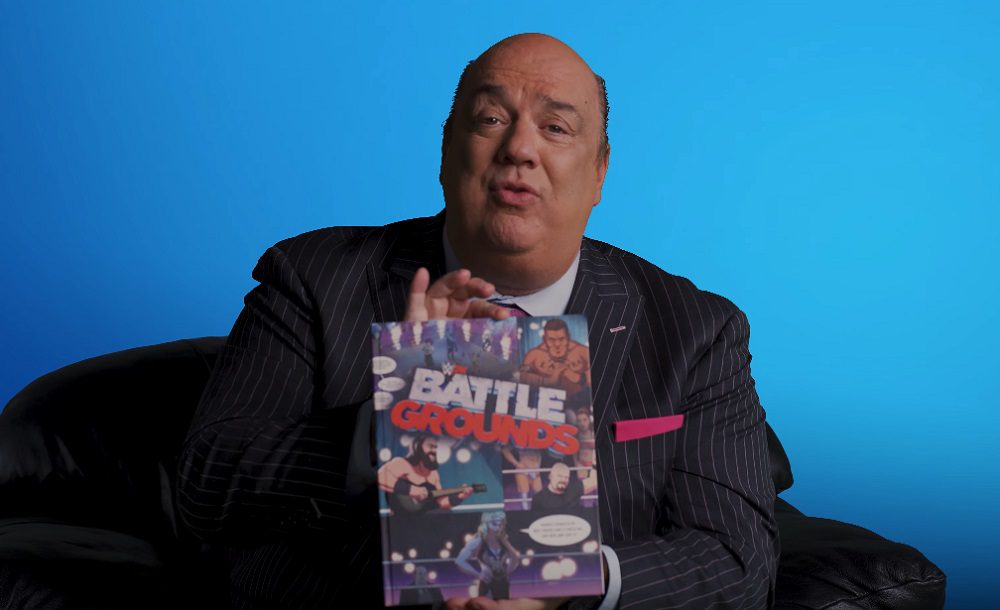 2K Games has released a new trailer for its goofy-looking WWE brawler, WWE 2K Battlegrounds, which launches on PC and consoles in September. In the new video, silver-tongued devil Paul Heyman shows off some of the crazy game’s playable modes, while coaxing viewers to plonk down their pre-order. Always the salesman, this dude.

WWE 2K Battlegrounds is an over-the-top brawler, which sees 70 WWE Superstars – of today and yesteryear – fight it out in simple, super-stylised arcade action. Not unlike THQ’s great 2011 release WWE All-Stars. Very unlike All-Stars however, is that WWE 2K Battlegrounds appears to be leaning on in-game currency and microtransactions. These appear, for the most part, to be only tied to cosmetic customisation items. We shall see.

In the new trailer, we get to take a peek at a new career mode, which sees one of seven original characters team up with the former E. Dangerously in hopes of scaling the WWE and grabbing the brass ring, pal. Also featured in the trailer is the survival-style King of the Battleground mode. WWE 2K Battlegrounds will have options for cage matches, tornado tag team action, fatal four-ways, online tournaments, and the legendary Royal Rumble.

While early impressions were rough, I do think that WWE 2K Battlegrounds has seen significant improvement in its visuals, particularly in its textures and lighting, and I much prefer the cathartic head-smashing action of All-Stars to the tedious, zero-hype simulation efforts of the WWE 2K series. If the microtransaction guff doesn’t bring everything down, then Battlegrounds could prove to be a fun party title. But, as we know from experience, this is a big “If”.