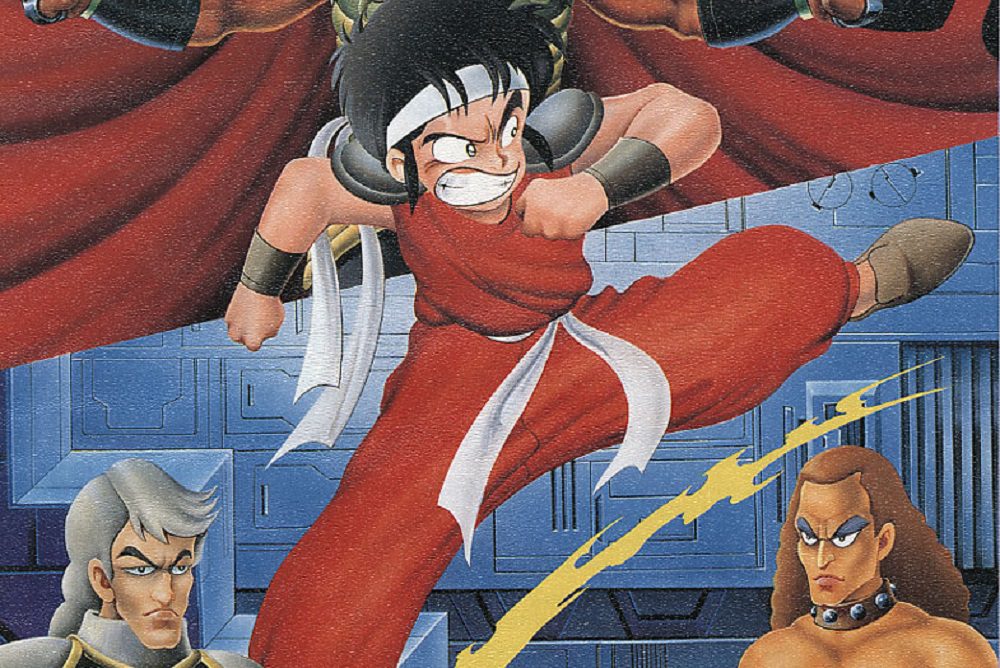 After a slew of shmups, retro publisher Hamster found its fighting spirit for its latest Arcade Archives entry, delivering  Taito’s forgotten ’80s actioner Kuri Kinton, which is now available to purchase on PS4 and Nintendo Switch.

Originally unleashed on the arcade scene in 1988, Kuri Kinton is the story of a cop/martial arts expert, who embarks upon a quest to rescue both a high-ranking police officer and his daughter, abducted by a dangerous gang whose hideout is buried deep underground. Using only his mastery of fist and feet — with an assist from some mystical abilities — our hero must infiltrate the subterranean lair, defeat the gang, and rescue the prisoners. Why they don’t just send the entire police force isn’t really explained.

What follows is a series of relatively bland stages featuring “ok” brawler action. Kuri Kinton falls somewhere between Data East’s Kung-Fu Master and Sega’s Shinobi, but isn’t quite as exciting as either, despite coming along later in the genre’s heyday. The sprites are quite charismatic, and the anime-infused action, (borrowing liberally from franchises like Dragon Ball), is fun, but overall Kuri Kinton doesn’t do anything particularly groundbreaking and is a fairly forgettable endeavor.

You can check out the action in the video below, courtesy of YouTuber Media Pool. Kuri Kinton is available to download now on PS4 and Nintendo Switch, priced at around $8.