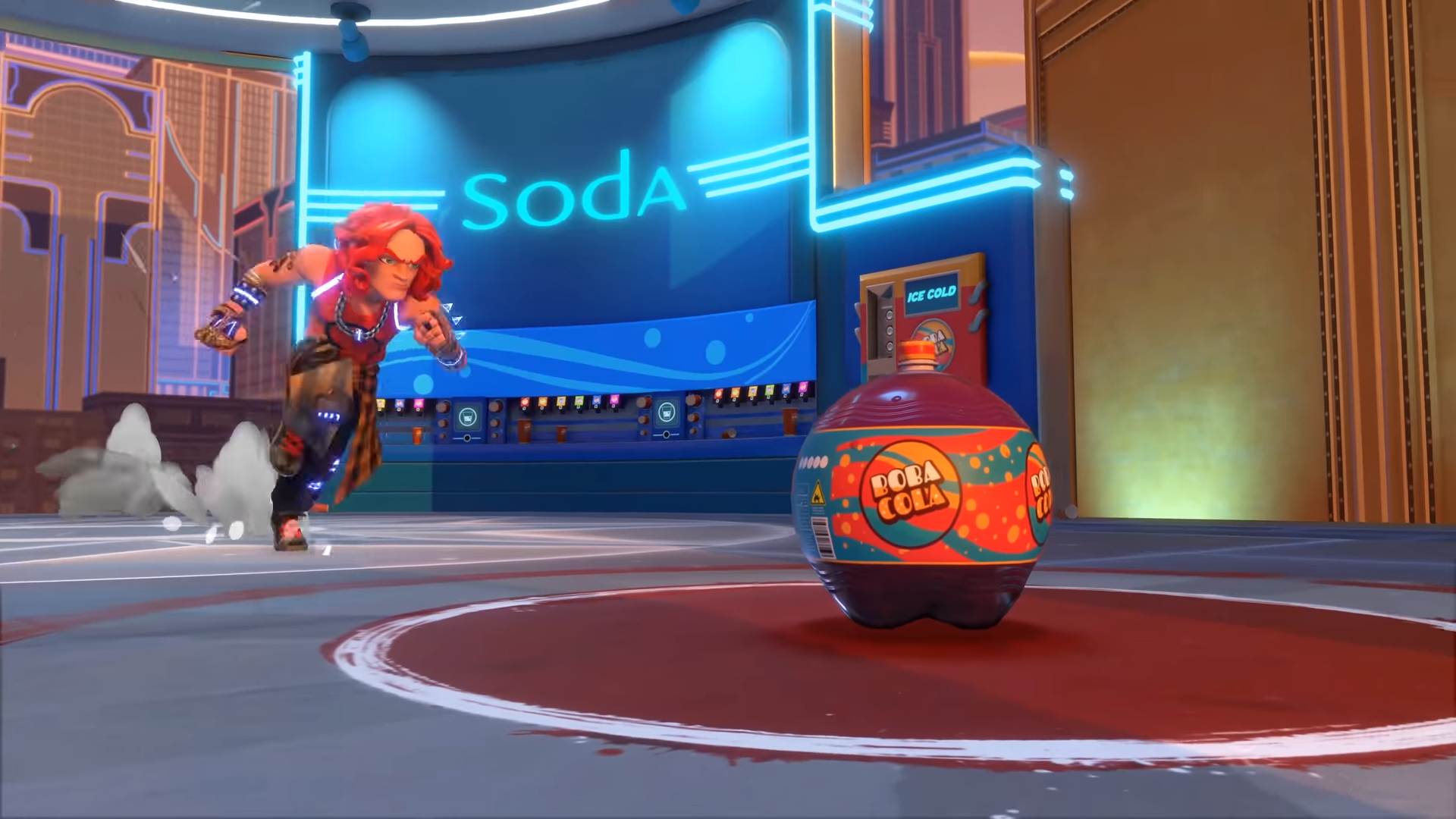 Knockout City‘s first season is winding to a close, but there’s more in store for the dodgeball brawler. Velan Studios and EA announced today that Knockout City Season 2 will go live on July 27, with a slew of new cosmetics and content themed around the silver screen.

Titled “Fight at the Movies,” Season 2 of Knockout City will add a new map called Holowood Drive-In to the pool. Brawls can take place across various scenery from all different genres of movie.

There will also be a new ball in Knockout City Season 2, called the Soda Ball. The orb filled with sweet carbonated drink explodes when thrown, covering enemies’ screens in sticky soda. Ew.

There’s also some new cosmetics in store, of course. A new season of League Play with its own rewards will go live alongside Season 2, as well as new weekly Crew Contracts and new Playlists. It all goes live on July 27.

The bright, fast-paced dodgeball brawler Knockout City launched earlier this year and was met with a pretty warm reception. Its mix of dodgeball style and power-ball pick-ups with a fun, responsive parry system made it feel almost like a multiplayer dodgeball fighting game.

With its free-to-try model and cross-play garnering as many players as it did, it’s no surprise EA is getting behind this game for at least another season. I’d personally spent my time with, blasting friends with dodgeballs, and then moved on. But the nice part about these seasonal updates is they’re usually a good reason to convince some folks to hop back on and toss the dodgeballs around again.