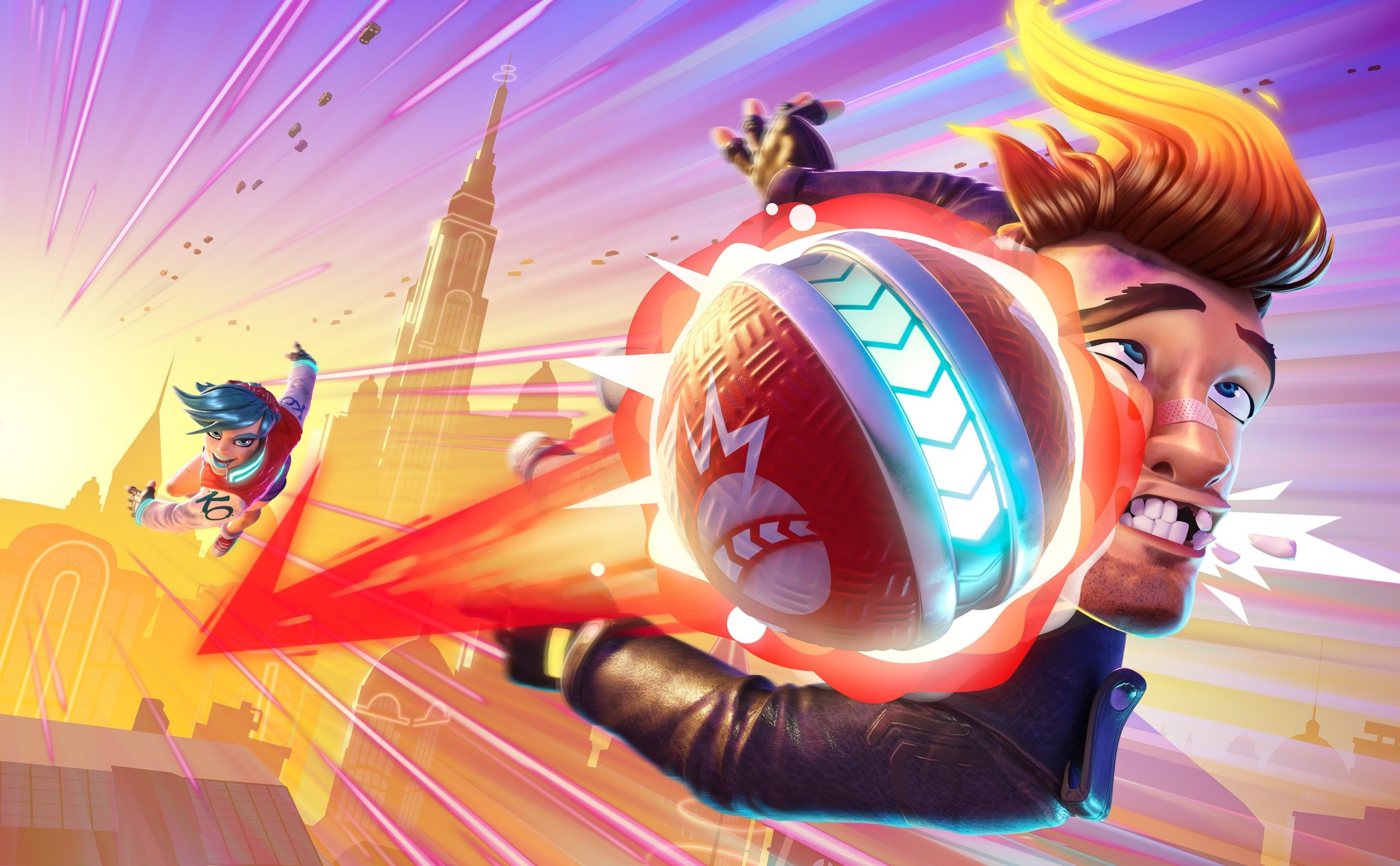 I’ll level with you, when the first trailer dropped for Knockout City, I — like others I know — was immediately scoffing. Yes, even me, The Industry’s Non-Cynical Chris Moyse. Well, the futuristic multiplayer title has certainly proven me and many others wrong, having been checked out by an impressive five million players and receiving a slew of positive reviews.

Currently available as a “Free-to-Start”, players can check out Knockout City‘s vibrant, futuristic, sports-brawlin’ world gratis. Once your Street Rank hits level 25, then you can purchase the full game to carry over your progress. Knockout City retails for $19.99 for the base edition, while $29.99 will bag you the Deluxe Edition, which includes nine Epic customization items and 1,000 “Holobux”, which is Knockout City‘s in-game currency.

Additionally, Knockout City is available for “free” on Xbox Game Pass Ultimate and to all EA Play subscribers. For the remainder of 2021, EA will be adding further content on a seasonal basis, including new customization items, balls, modes, playfields, and other goodies. While first impressions did not win over a lot of people, Knockout City‘s reviews have been very positive, so it might be worth taking a brief vacation to metropolis and find out if you wanna join the party yourself.

Knockout City is available to download now on PlayStation, Xbox, PC, and Switch platforms. You can check out our own CJ Andriessen’s thoughts on the game right here.