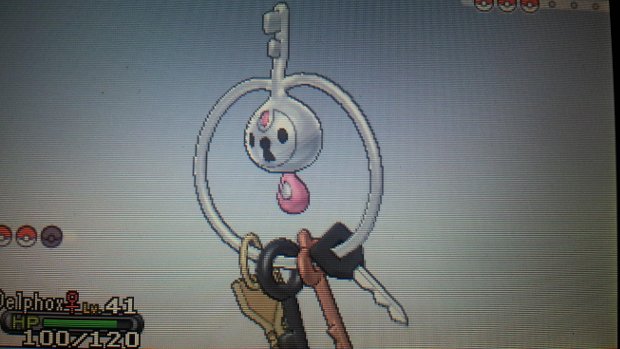 Ice cream cone Pokemon? Garbage pile Pokemon? Move aside. There’s a new pocket monster people will point to in attempts to illustrate the creative bankruptcy in the Pokemon series, and that monster is Klefki, the key ring Pokemon.

Also apparently a key (and keyhole) itself, Klefki (steel/fairy) is the only known Pokemon to wear ornamental carcasses of felled members of its species. Once it kills its competition, it inextricably links them to its body as a sign of power, commanding respect amongst the species. In a cultural conquest stretching back to time immemorial, Klefki’s collect corpses in a competition to ascend to the species’ holiest of sanctuaries, the nebula belt Jan Itor. Only the fattest Klefki can assume the rightful position on the belt.

There are a bunch of Pokemon X & Y leaks on the Pokemon Reddit if that’s your thing.