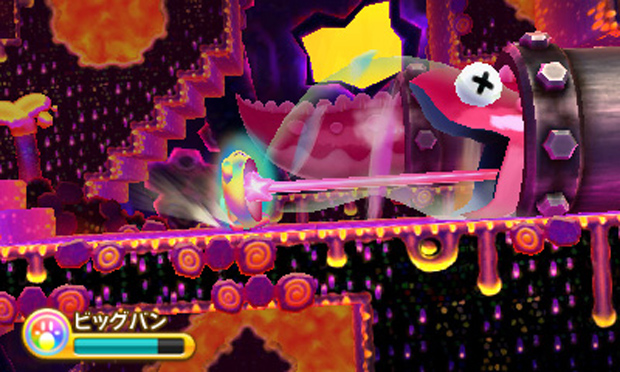 More than half an hour of gameplay

It’s only now hitting me how much I want a proper Kirby on 3DS and Kirby: Triple Deluxe appears to be exactly that. While the game released in North America and Europe yet, it’s out now in Japan. Wasting no time, NintenDaan has already uploaded a sizable chunk of footage, covering the opening areas and even versus gameplay towards the end of the video.

I had some idea of what we’d be getting into after the BIG MAN video the other day, but Triple Deluxe has shot up from “I’ll play it eventually” to “day-one purchase.” The ability to inhale giant obstacles and enemies looks like a ton of fun, due in large part to the exaggerated animations.

Filed under... #DO WANT#Kirby#Kirby: Triple Deluxe