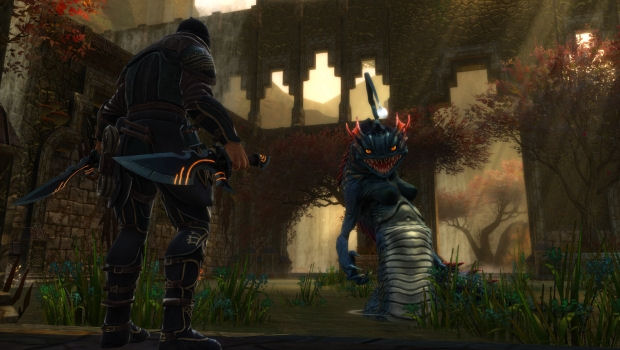 Electronic Arts has revealed the first gameplay trailer for Kingdoms of Amalur: Reckoning, a roleplaying game designed by Elder Scrolls mastermind Ken Rolston, doodled by Spawn artist Todd McFarlane, and written by fantasy author R.A. Salvatore. In short, it looks like my kind of jam!

The video shows off some pretty intense combat against a selection of freaky creatures. With Salvatore at the helm, it’s looking set to have a pretty deep story, too — the world of Amalur already has a 100,000-year history planned out!

A separate MMO is being developed alongside this single-player experience, which is due out in 2012 for PC, Xbox 360 and PS3.