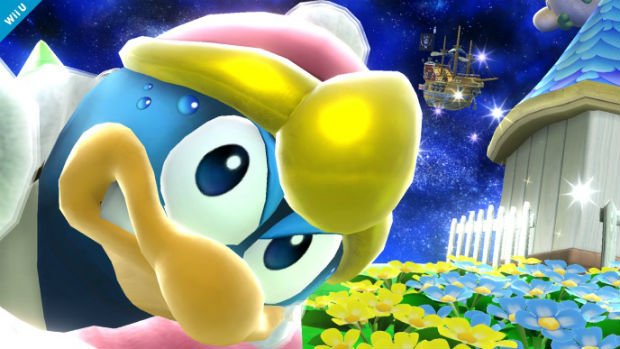 Tons of screenshots to peruse

The newest Super Smash Bros. 2014 cast member has been confirmed — and it’s none other than Kirby’s rival King Dedede. He’ll sport his signature hammer once again, and there’s plenty of screens showing him in action, as well as one 3DS shot with Zelda and Peach.

I’m a pretty big fan of Dedede, as he’s a nice option for players who prefer larger characters. He’s also funny looking and makes me laugh occasionally, so there’s that. Hopefully we’ll get some more solid news on the full Smash Bros. release date sooner than later.