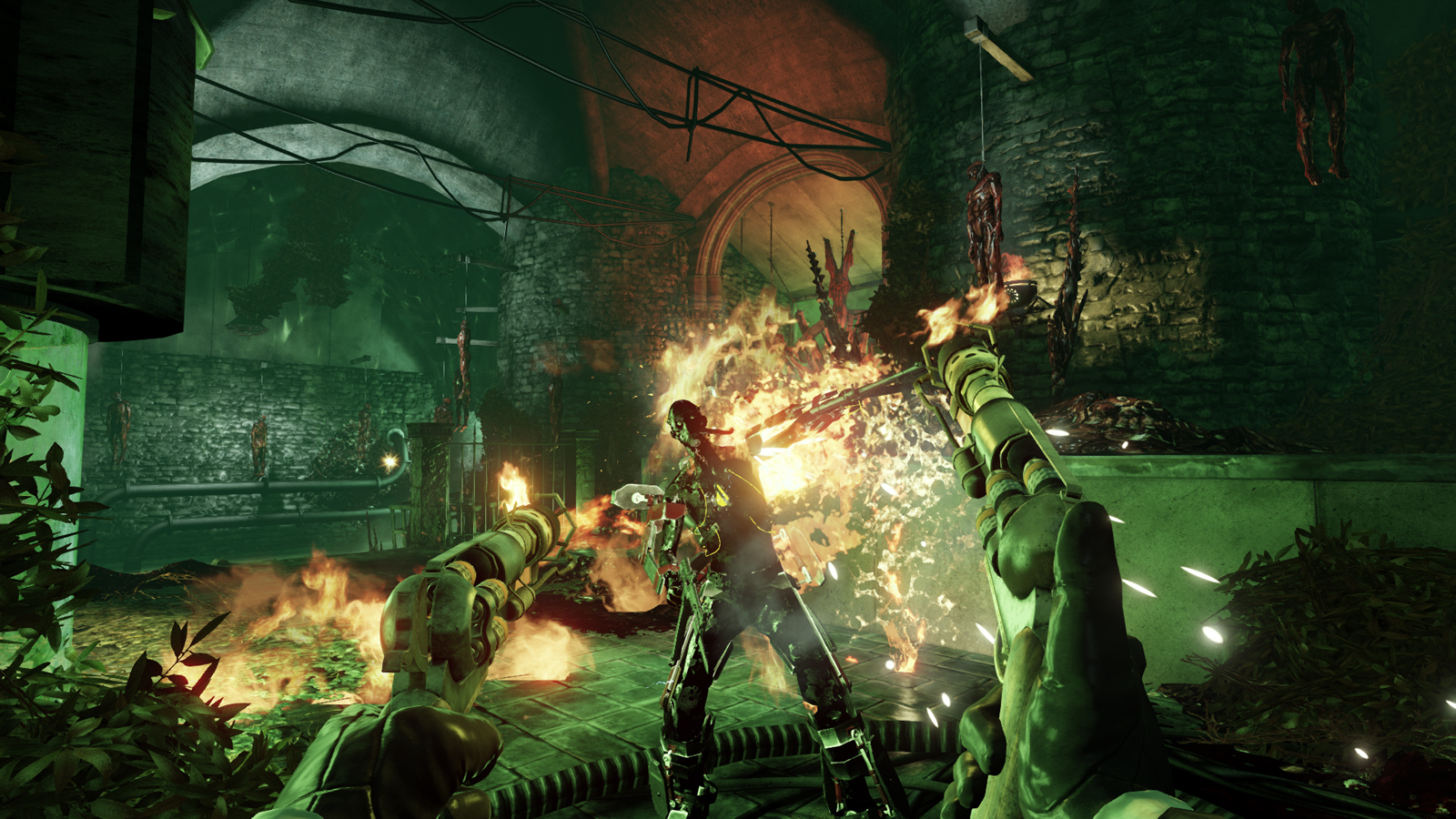 Always nice to see this sort of stuff for free

At the risk of reminding Zack that we played Killing Floor 2 together once, had a good time, then proceeded to never cooperatively* fend off the Zed hordes again, I’d like to point out that there’s a free new Descent Content Pack out now for the game, both on PC and PlayStation 4.

The part of the update that got my attention was the searing Spitfire revolvers (which you can delightfully dual-wield), but there’s also a new Stoner 63A light machine gun, and a pair of maps.

The first map, The Descent, was created for the new Holdout mode in which every wave “takes place in one of ten different rooms, and the rooms are in a random order after the first, so each time you play you get different experience.” The other map, Nuked, is a design straight from the community.

For the full patch notes, look no further. And for curious potential players, Tripwire is holding a 50% off sale and a “Free Weekend” promo for Killing Floor 2 on Steam starting Thursday, March 23 at 10:00am Pacific. Folks on PlayStation 4 also have a free trial and a sale (33% off) that’s already live.

[*No less than half the bullets fired in our match were mine, but Zack got 99.8% of the kills.]