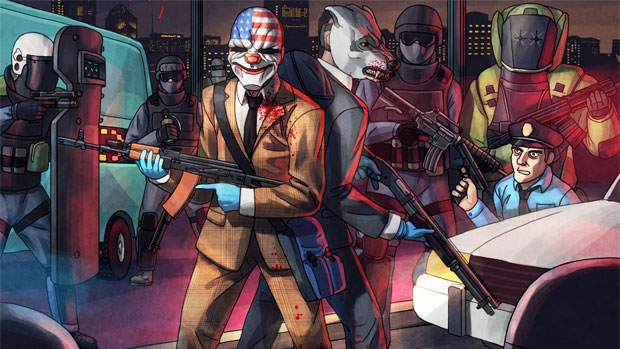 Overkill Software and Dennaton Games are teaming up for Payday 2 DLC based on Hotline Miami.

It’s unclear what all is included here beyond a heist — they can get away with offering the slimmest of details and we’ll still be interested — but the add-on hits Steam on September 30, 2014.

According to an FAQ, Overkill went for this “because we … f***ing love Hotline Miami.”

Works for me! There’s a trailer, too. Give it a moment and you shall be rewarded.