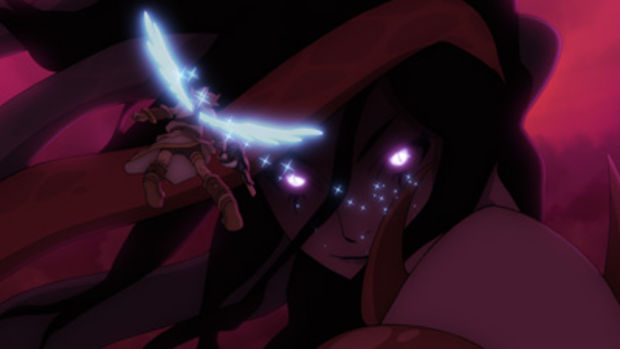 Despite it’s flaws, Kid Icarus: Uprising did a lot of things right. The game channels a particular energy that is usually only found in a certain brand of 80’s and 90’s anime. The light weight, sweet-and-strange narrative mixed with heavy influences from classic mythologies fused with intense action and ridiculous comedy is highly reminiscent of stuff like El Hazard, Tenchi Muyu, and Project A-Ko.

It only seems fitting then that Kid Icarus: Uprising would be adapted into anime form. If you missed this limited mini-series the first time around, it’s headed back to the 3DS’s Nintendo Video service as we speak.

If you’re anything like me, you often forget that Nintendo Video exists, as there is plenty of video content already on the 3DS eShop. Having two different outlets for original video content on the same handheld can be a little confusing, though if Nintendo continues to put out quality content like this on both services, I’m sure I’ll be able to start keeping them straight.