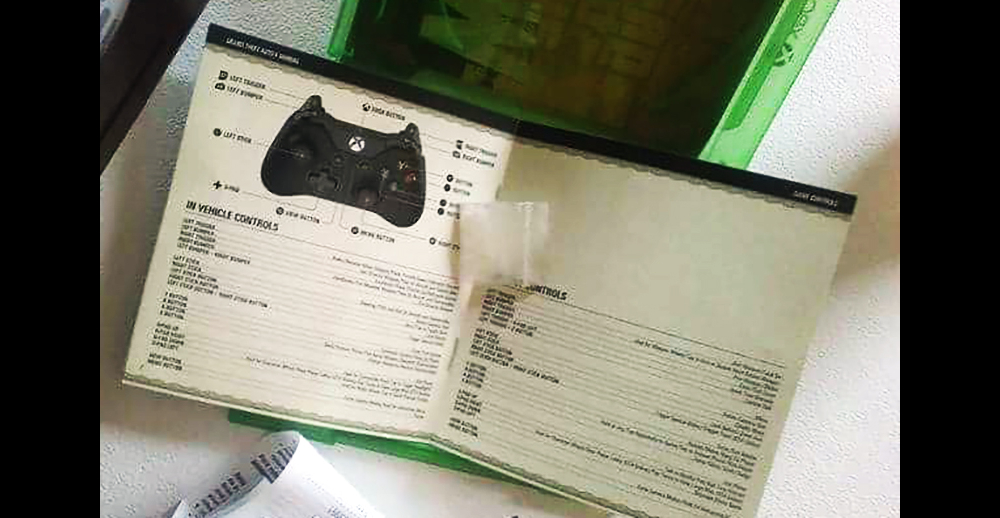 From GameStop, no less

An 11-year-old in Florida got a surprise from GameStop with his used copy of Grand Theft Auto V: a bag of meth.

Luckily, according to a Facebook post, the boy brought the bag to his mother, Kayla McAllister, who then called the police.

Today i took my son to gamestop in Tallahassee to trade in games and get some new ones. When he opened the booklet inside one of the pre owned games he ( MY ELEVEN YEAR OLD SON!!!!!!!) found this. A baggie of fucking meth! Clearly the game was not properly checked when it was traded in and because of the carelessness i could have lost a child. Thankfully He brought it right to us and said what is this?

Kotaku obtained the police report filed with the Gadsden County Sheriff’s Office that confirms that the little baggie tested positive for six grams of methamphetamine. The drug posed an obvious risk to the 11-year-old, as well as his 3-year-old sister. McAllister said GameStop called to offer a replacement game, which she refused, more upset that a GameStop accidentally gave an 11-year-old meth for the second time in less than a year.

“We are disappointed to hear about the experience one of our customers recently had when purchasing a pre-owned video game from one of our local Tallahassee, Florida stores. We work diligently to ensure the quality of our pre-owned items are like new. Unfortunately, in this circumstance our thorough process fell short. We are extremely concerned that this incident occurred, and are working with the local police department to support them in their investigation.”

The experience one of our customers recently had!