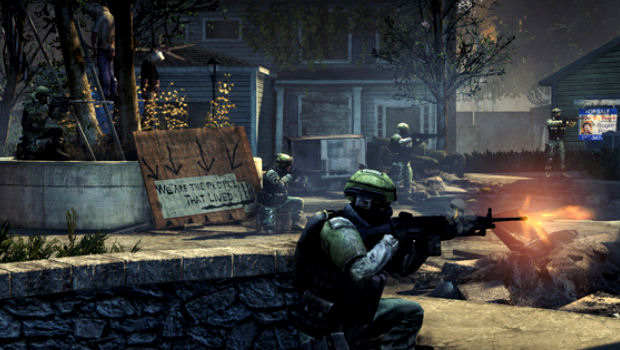 Homefront developer Kaos Studios has stated a belief that I think many PC gamers won’t argue — that large-scale online games need dedicated servers, and that they’re unplayable without them. Take note, Infinity Ward!

Homefront will feature dedicated servers across PC, PS3 and Xbox 360, with PC players also able to set up local servers.

“For 32 players, you have to have dedicated servers, or else it would be unplayable,” says community manager Jeremy Greiner. “When you play Xbox Live where it’s 12 to maybe 16 players max, where it’s just one of the players hosting it, it can still get pretty darn laggy. So it’s a necessity in order to deliver the multiplayer experience we want. We’re committed to setting up server farms all around the world so that everyone has good ping, low latency and gets rid of that awful host advantage.

“So, dedicated servers are hugely important and in order to deliver the multiplayer experience we’re looking for with vehicle, air strikes, drones, infantry, air-to-air and air-to-ground combat, all on really large maps, it’s the only way to do it.”

It’s worrying that in this day and age, there are still online games that lack basic features like dedicated servers or even host migration. If you’re not going to put in the basics, just don’t bother making a game at all.