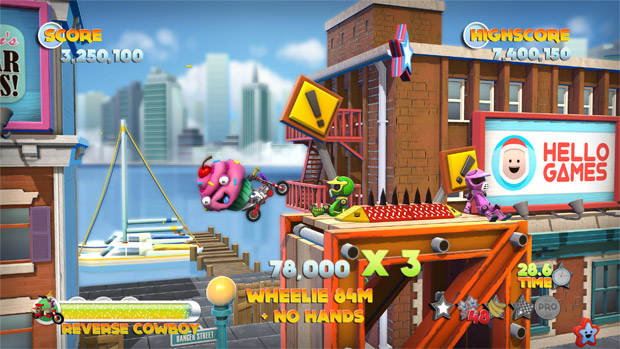 “We’re trying to make a genuine, kind of love letter to the games that we grew up with,” Hello Games founder Sean Murray told us in an interview. “What I’d love to get across is that every single level that you’re playing through in that whole career is offering you something new, something different, to the last one that you’ve seen.”

Alongside the release news, it was revealed that Joe Danger: Special Edition will be marked down to 600 Microsoft Points this week. You probably know by now how much I love the game — at that price, you need to download it even with the sequel so near. Trust me!