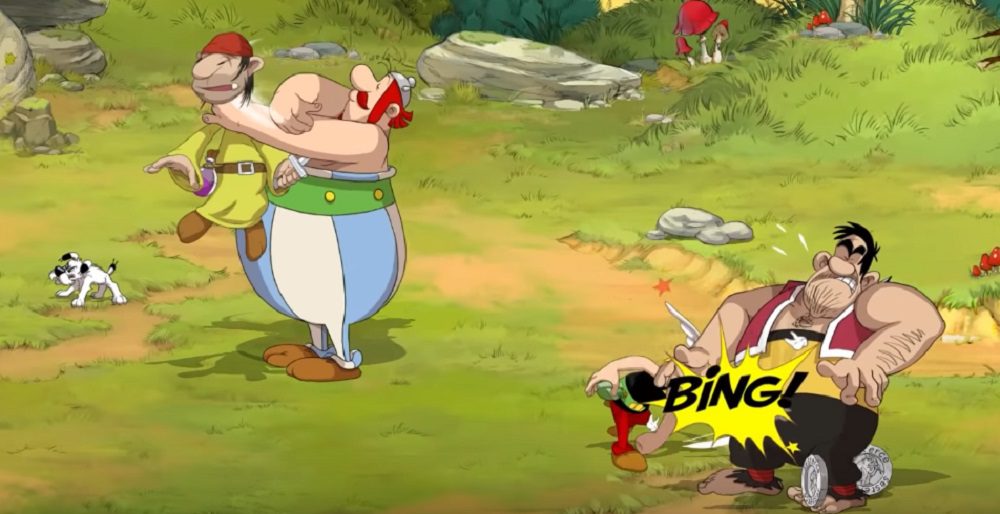 Get your BONG! on with The Mighty Gaul

Publisher Microids, currently in the midst of a number of peculiar but interesting licensed projects, has revealed a release date for its cartoonish beat ’em up Asterix & Obelix: Slap Them All! The new brawler will come uppercutting its way on PS4, PC, Xbox One, and Nintendo Switch on November 25 in both digital and physical formats.

Originally announced back in spring, the brand new game will see The Mighty Gaul and his faithful friend take the fight to a huge host of villains, including pirates, brigands, legionnaires, Normans, and, of course, the mighty Roman menace. Developed by Mr. Nutz Studio, one or two players will clobber the way through multiple stages of gorgeous animated action, with a slick 2D style that faithfully recreates the look, tone, and slapstick carnage of the iconic comic-book series. I think the visual style and animation featured in the new trailer are delightful and hopefully, the team has devised a combat mechanic that matches the splendor of Asterix & Obelix: Slap Them All!‘s design.

It’s great to see the beat ’em up genre make a comeback, with Asterix & Obelix, Mayhem Brawler, River City Girls, TMNT: Shredder’s Revenge, and Streets of Rage 4 all recalling the classic, button-smashing action of the ’90s. However, just because the genre is some 30 years old, the mechanics needn’t be, and modern brawlers require the depth and intricacies of a Fight’n Rage or the aforementioned SoR 4 if they wish to stand out from the pack. We’ll see what our Gaulish friends bring to the ring come fall.