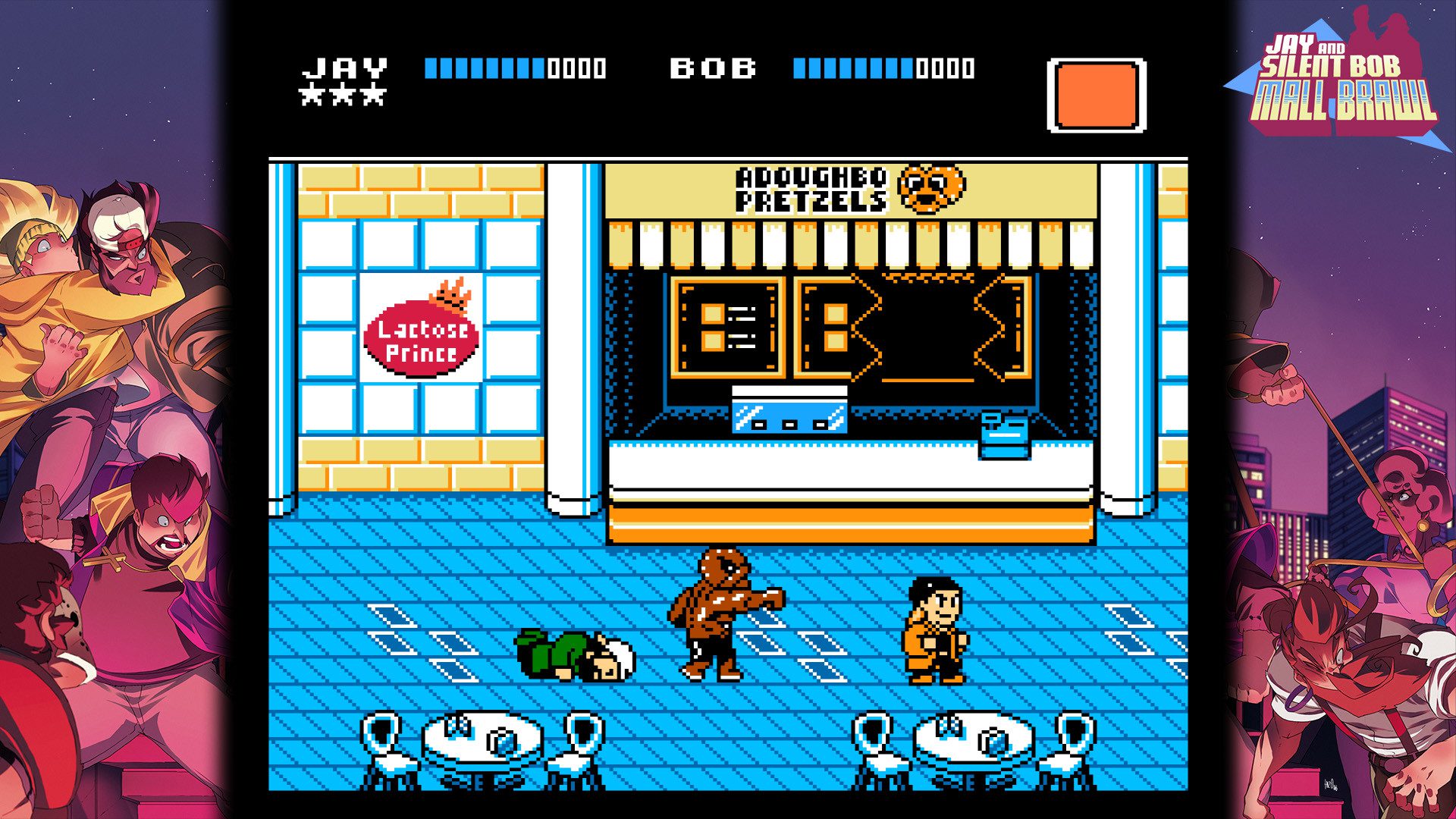 A press release hit my inbox this afternoon for a new Jay and Silent Bob video game, which triggered a distant-and-faded memory of writing about a Jay and Silent Bob game once before. “Is this that?” I wondered. “Did that game already happen? Is it all the Mandela Effect and I never wrote about snootchie bootchies?”

Jay and Silent Bob Mall Brawl is a retro-tinged brawler in the vein of Double Dragon and River City Ransom. Everyone’s favorite never-not-high slackers battle mall punks and rent-a-cops as they tackle their grand ambition of getting from the mall to the Quick Stop. Call it Mallspats or Chasing Maimy. Or Flogma.

Mall Brawl is a precursor to Chronic Blunt Punch, two projects that developer Interabang are concurrently working on. There’s no word as to when Chronic Blunt Punch will be ready, but Mall Brawl is open for business on May 7 — much sooner than real-life Jersey malls. It’s coming to PC and Switch with local co-op at a price of $15. Snoogans.