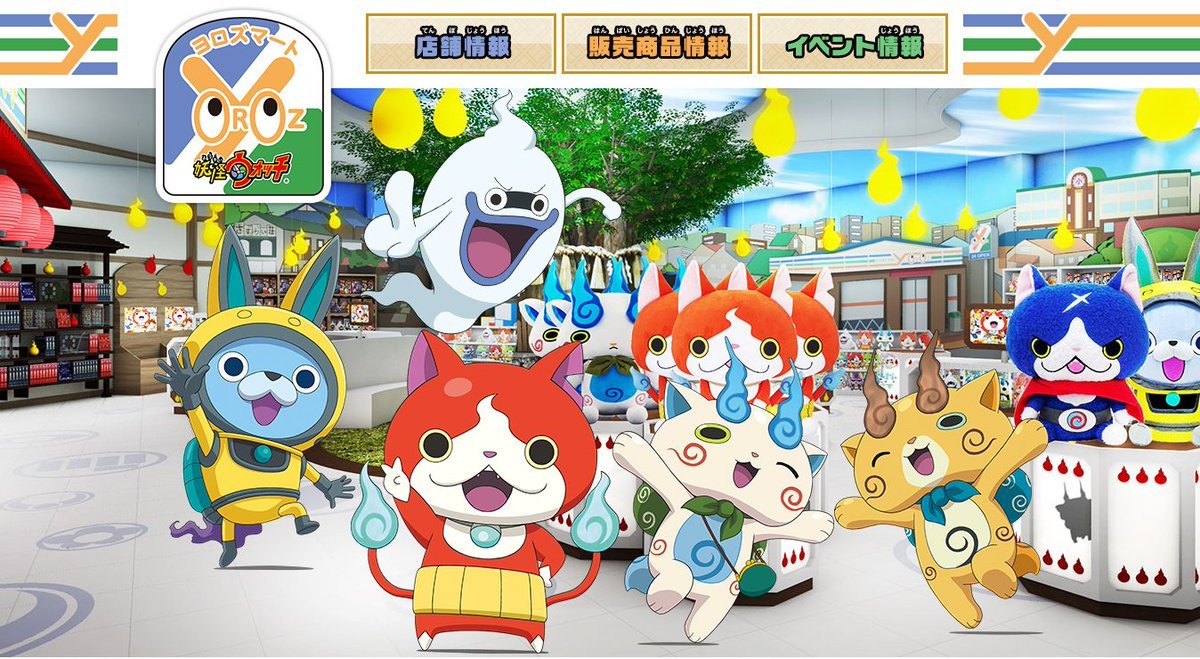 While it’s not the end of Yo-Kai Watch, it’s the end of an era: Japan’s flagship Yoroz Mart (originally called Yo-Kai Watch Yoroz Mart) is closing later this month on February 24. Known as the “Yoroz Mart Fukuoka Main Store,” it was the original place to grab Yo-Kai Watch merch when it was released in 2015 to meet the demand of the growing craze for the series. According to the tweet, the online storefront will remain available.

In case you haven’t heard, Yo-Kai Watch, a series framed around Pokemon-like spirits called yokai, was a phenomenon in Japan. It completely took the nation by surprise and Level-5 quickly expanded as part of its cross-media approach, peddling millions of toys (including a sold-out-everywhere watch accessory), games and a successful anime series that spawned several films: one of which broke box office records in Japan.

Over time the series waned, particularly as Level-5 expanded overseas. The US never really took to it despite decent sales for the localized version of the first game, in light of a huge initial toy push (that Hasbro later pulled in favor of selling to more hungry European markets) and a deal with Disney XD and Netflix to air the show. There are five Yo-Kai Watch films to date and only one is localized, to give you a picture of when the worldwide marketing kind of stopped. That’s on top of a cost-cutting English cast change for the third season of the anime.

I’ve been following this saga since the start and was even in Japan during the height of Yo-Kai Watch‘s popularity. It was absolutely everywhere and everyone knew about it. There are myriad reasons why Level-5 wasn’t able to maintain long term success, but in the west I’ve always posited that the cultural boundaries make it a little trickier to market than say, Pokemon (which has Japanese influences but basically tricks you into going along with it, as opposed to Yo-Kai Watch, which is more explicit/intrinsic and harder to localize). Perhaps the slow-going western efforts added to the pressure to close down the previously successful Main Store.

Either way the series is still very much alive. The third main entry is arriving in the US this month on 3DS and Yo-Kai Watch 4, which has gotten a decent amount of buzz due to some hands-on sessions in Japan, is headed to Switch this year. It might not be as prevalent as it once was but I’m glad it’s around.