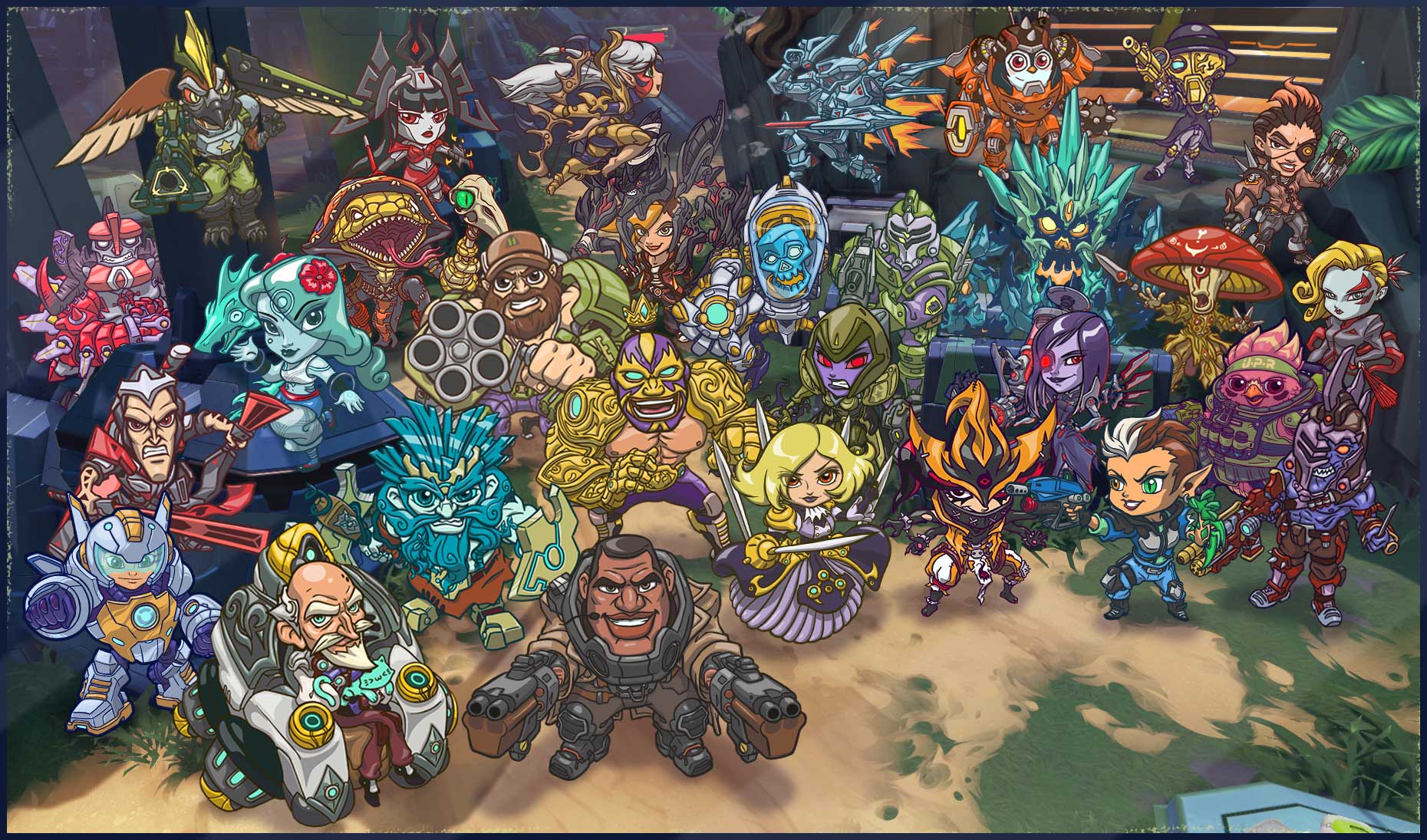 I’ll admit: I’ve slowed down on Battleborn lately. I still think it’s a great game that got a raw deal, but after 200 hours and a Platinum Trophy, I was ready to take a break. It was in my New Year’s resolution to play more short games, after all.

But in just a little over a week on January 19, there will be several good reasons to load up Gearbox’s FPS; hobby-grade coop campaign; genre-blended, multi-mode competitive e-sports; meta-growth, choice + epic Battleborn Heroes!

Namely, the big winter update will drop on that date, free for all users. It includes a ton of new user interface and quality of life additions, like a draft mode, a fully unlocked hero roster, and more easily navigable menus, among other things.

In addition to that, the 30th (and likely final) Battleborn hero Beatrix will release for season pass holders. She’s a debuffing Jennerit sniper who appears to be inspired by BioShock‘s Little Sisters. As with the other DLC characters, she will unlock a week later for everybody else, and will be available for purchase using 47,500 Credits, an in-game currency that represents 30-50 hours of play.

Finally, the third DLC story mission, Oscar Mike vs. The Battle School is also coming out on January 19. This is included in the season pass or costs about five bucks for those without it. The first two Story Operations (Attikus and the Thrall Rebellion and Toby’s Friendship Raid) were pretty good, so I’m expecting this one to be worthwhile too.

So there’s a lot going on in Battleborn next week. Hopefully it bumps the population up a bit so matchmaking times are low.