Earlier this week, we reported on a missing shipment of 100 classic Super Nintendo (SNES) games that went missing on their way to an archivist in New Jersey. There’s been some movement in the case since then, but unfortunately, the news isn’t good. 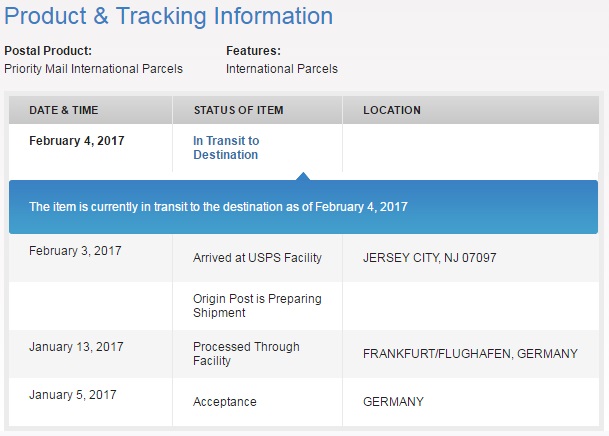 The original tracking information for the missing package. Byuu says the first shipment took just ten days to reach him.

To briefly recap the earlier story, game historian Byuu was working with a collector in Frankfurt, Germany, borrowing games to create pristine ROM files for games that were released in Europe’s PAL format. He’d already done the same for the US and Japanese SNES libraries. A package containing 100 of these PAL cartridges made it overseas, but went missing after being transferred to the United States Postal Service (USPS).

I’ve been in contact with Byuu since the last article went up, and he let me know more about what’s happened since Tuesday. Byuu received a letter from the USPS and a torn piece of the original shipment, photos of which are below. The letter refers to damage by “normal machine processing.” But there’s hardly anything left of the package, and understandably, Byuu was outraged. He took to Reddit to vent his frustration.

“They shipped me the mother fucking box label and nothing else, claiming the machine ate it. BULLSHIT. If the label came off, it’d belong to the box right next to it without a label.

The USPS employees in Jersey City just stole a $10,000 package of games. This is felony theft.” 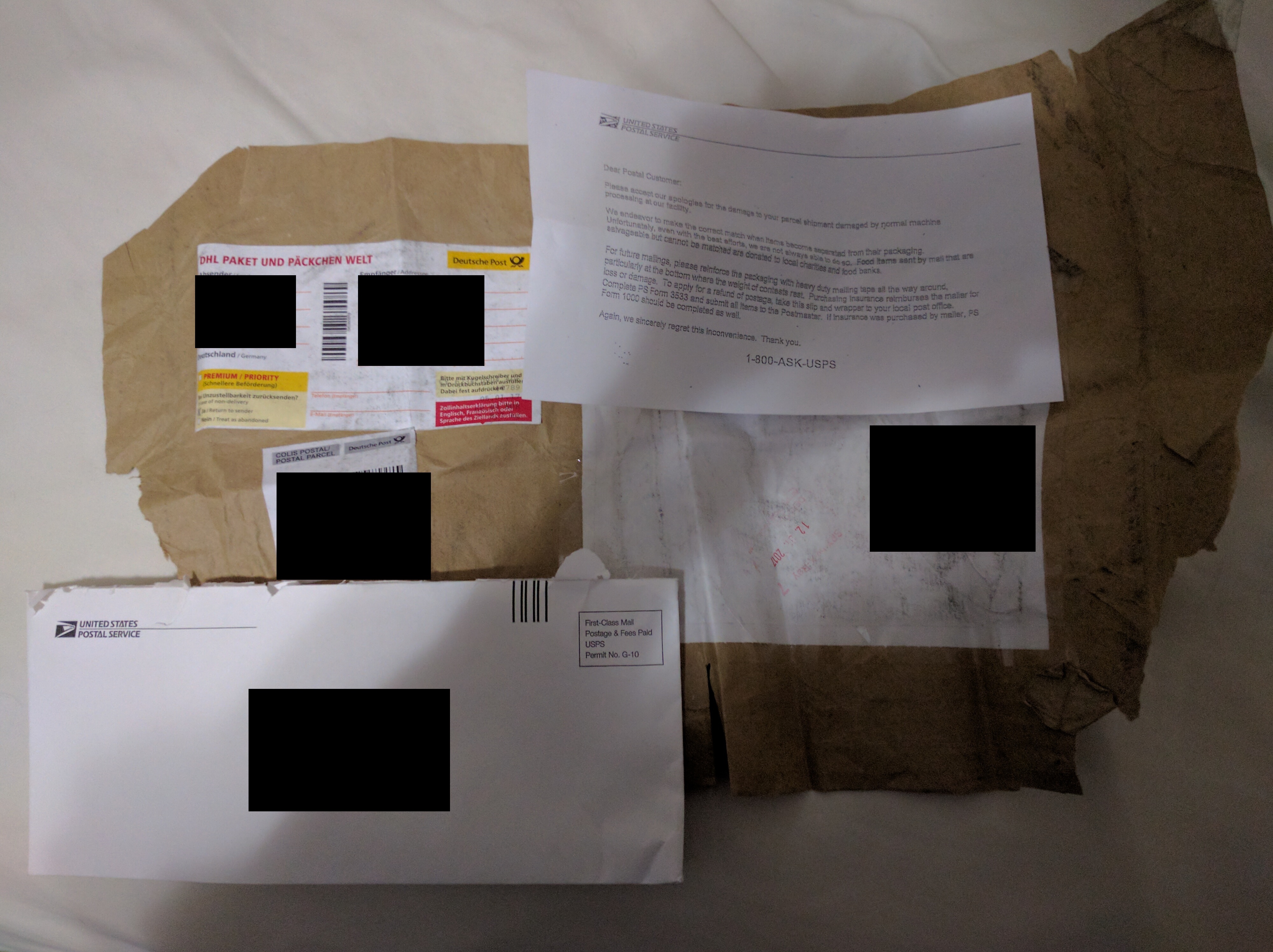 The torn scrap with with the addresses, along with the apology letter from the USPS.

I reached out to Byuu and tried to ask him some questions about what had happened. He had taken some time to cool down after the initial post, and had this to say:

“Basically, the letter claims that the USPS’ machine ate my package and tore off the label, which they sent back in an envelope without the package or the games. Seeing this, last night I rather angrily posted about this and presumed it to be blatant theft. While I do still have a very bad feeling, the truth is I can’t know for certainty what actually happened. But the circumstances are intensely suspicious. The top and bottom of the label is cut cleanly, which doesn’t seem likely for a package being ripped open by a machine.”

Even though it looks bad, there is a ray of hope. Byuu says that the media attention the story received led someone at the USPS consumer affairs department to get in contact with him.

“He has opened an investigation case for me, and I’ve provided him with all of the information that I have. So now I am waiting for the results of the investigation. I do not know how long it will take. They have many possible places the package could have gone that will need to be searched. My pessimism is rather significant, so my hopes are not high. But, there is at least a possibility that they can locate the package. So, fingers crossed.” 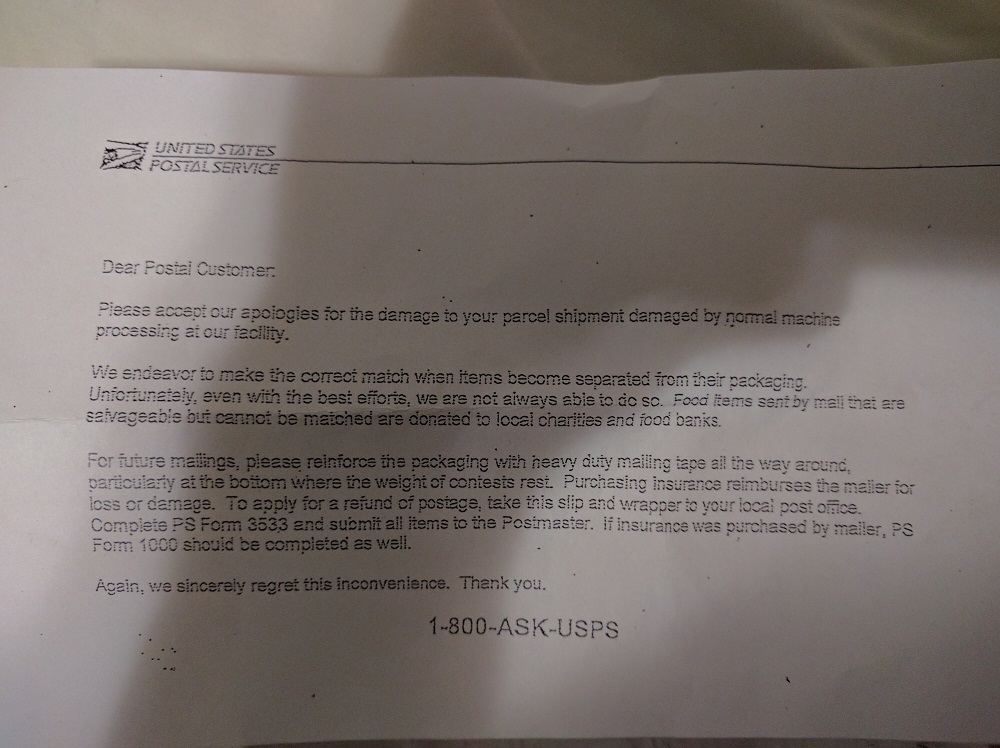 The apology letter sent by the USPS.

I looked into some of the common suggestions that were made in the comments in the last article, and Byuu has addressed almost all of them. Several people suggested that he could have shipped ROM creation equipment to the collector instead of borrowing the games. Byuu says that his ROM dumping setup is custom, unique, and wouldn’t travel well. Additionally, he anticipated spending over 600 hours to dump the ROMs, time the collector he was borrowing from doesn’t have. This is also the reason he couldn’t go to Germany to dump the ROMs in person. It’s far more cost-effective to send a box than a person, and a box doesn’t need to stay in a hotel while the work is being done.

While Byuu is hopeful that the package will be returned, he’s taking steps to make sure that the collector he borrowed the games from is reimbursed for the loss. The parcel wasn’t insured for the full value of the games, so Byuu has set up a Patreon to raise funds to buy replacement cartridges if necessary. Byuu wrote on Reddit that “If the package ultimately arrives, I will be refunding all donations.”