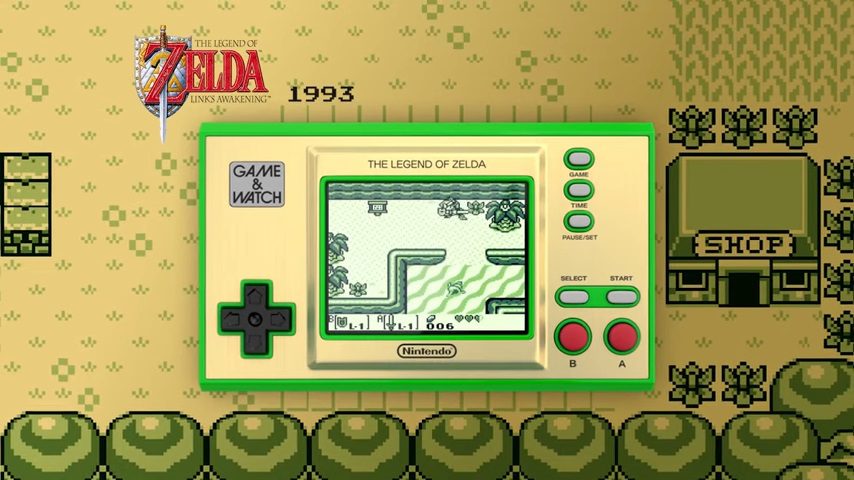 Japanese and the western localization

So the Game & Watch Zelda device is set to arrive on November 12, but before it does, there’s a little tidbit that a lot of people might like to know.

As Nintendo Life points out, the official UK site, unbeknownst to a lot of people, states that you’ll be able to play the English or Japanese versions of the included games: Zelda, Zelda II, and Link’s Awakening.

It’s dangerous to go alone – take these! Revisit some of the most iconic The Legend of Zelda games with retro-inspired hardware, perfect for players and collectors alike. Play the English or Japanese versions.

Why does this matter? Well, preservation for one thing, but some people might enjoy replaying these games for the first time with a few changes. As the official Zelda Twitter account points out: the English and Japanese editions of the game featured different background music and sound effects. It’s a subtle thing, but it’s something a lot of old-school Zelda fans are going to experience for the first time with the handheld.

We might also see some of the more famous changes with the Game & Watch Zelda device, like the Japanese edition of Link’s Awakening featuring more traditional trees on the iconic beach scene rather than palm trees, and alterations to the character models and items.

So far I‘m liking this Game & Watch classic re-release trend. Given that it’s centered around existing retro games and not exclusives it doesn’t have the same feeling of FOMO as some special editions, and the two that have been revealed so far are generally easier to get compared to some other Nintendo merch.

Filed under... #game and watch#Nintendo#The Legend of Zelda