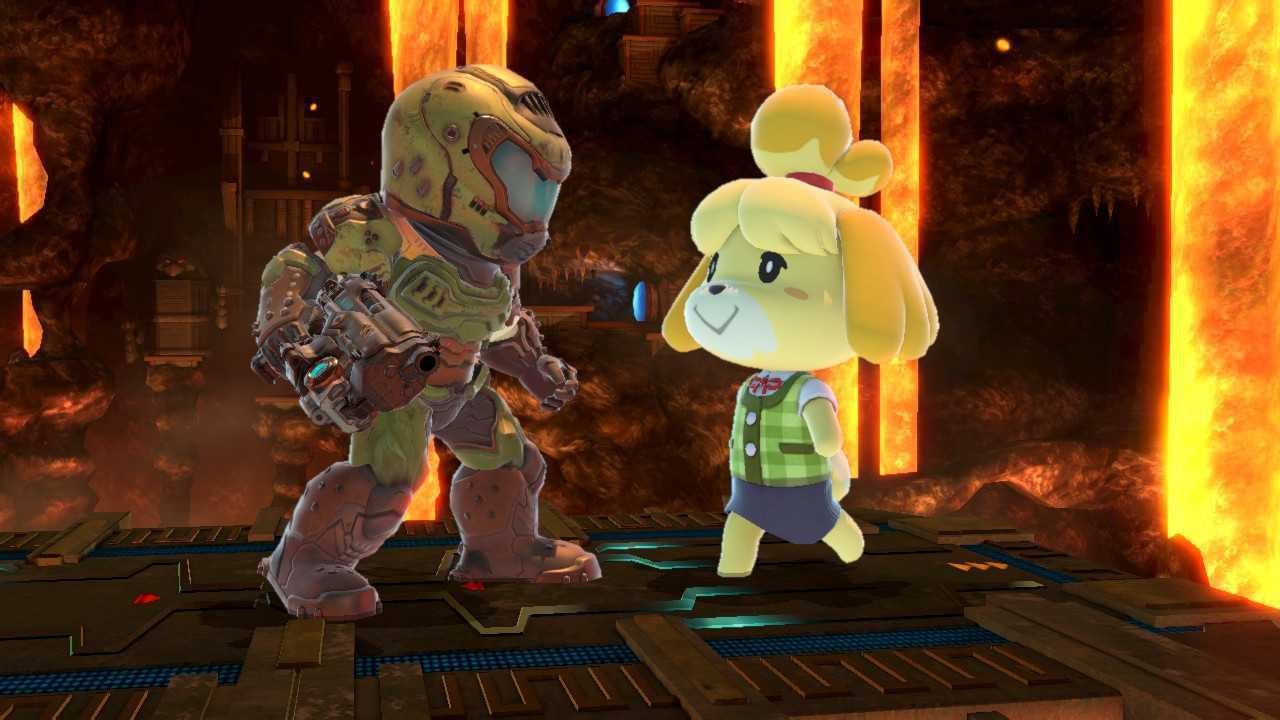 The fan art must flow

The Isabelle and Doom Slayer saga spiraled out of control in the best way possible, and now, with the latest Super Smash Bros. Ultimate update, it feels like we’ve come full circle.

In a simple but effective brand-synergizing tweet today, the @DOOM account shared a wholesome screenshot of Animal Crossing‘s Isabelle — and Doom‘s, err, Doomguy — side by side in Smash Ultimate. It’s an unlikely yet beautiful friendship. Two worlds, one family.

As much as Doom fans would’ve liked to see the Doom Slayer as a full-blown roster addition in Smash Ultimate, having this force of nature available in the game as a Mii Fighter costume for the Mii Gunner is the next best thing. The Praetor Suit looks good.

The Animal Crossing x Doom fan-art phenomenon probably doesn’t need a boost — it seems like it has enough momentum to be self-sustaining at this point — but it’s amusing to see this pairing made “official” again. (Imagine a just-vague-enough Easter egg reference to Isabelle in the next Doom game, whenever that comes. I would die.)

To think, this Isabelle and Doom Slayer (friend)ship went big with a March 20 release shared between these two very different games. It goes to show that there’s room in our hearts to grow a laid-back island community and also cut down hordes of demon scum.

Part of me recognizes how not important this is; another part takes pleasure in it for that very reason. If I can’t find joy in a heartwarming fan-art craze, what am I even doing?