Ion Maiden has been making waves as of late and for good reason. This is the game idiots like me have been clamoring for ever since Call of Duty skyrocketed into popularity and started becoming the template for a modern first-person shooter. I wanted a return to that distinctly ‘90s style of level design focused on key hunting and maze-like layouts that required me to pay attention. I also liked the ridiculous weaponry that threw realism out the window in favor of guns that could turn enemies into pixelated piles of bloody bones and goo.

We already have two different previews of the game, though, so what the hell else can I bring to the table? Why not talk a little about the structure of Ion Maiden and how this is going to be different from past Build Engine titles. 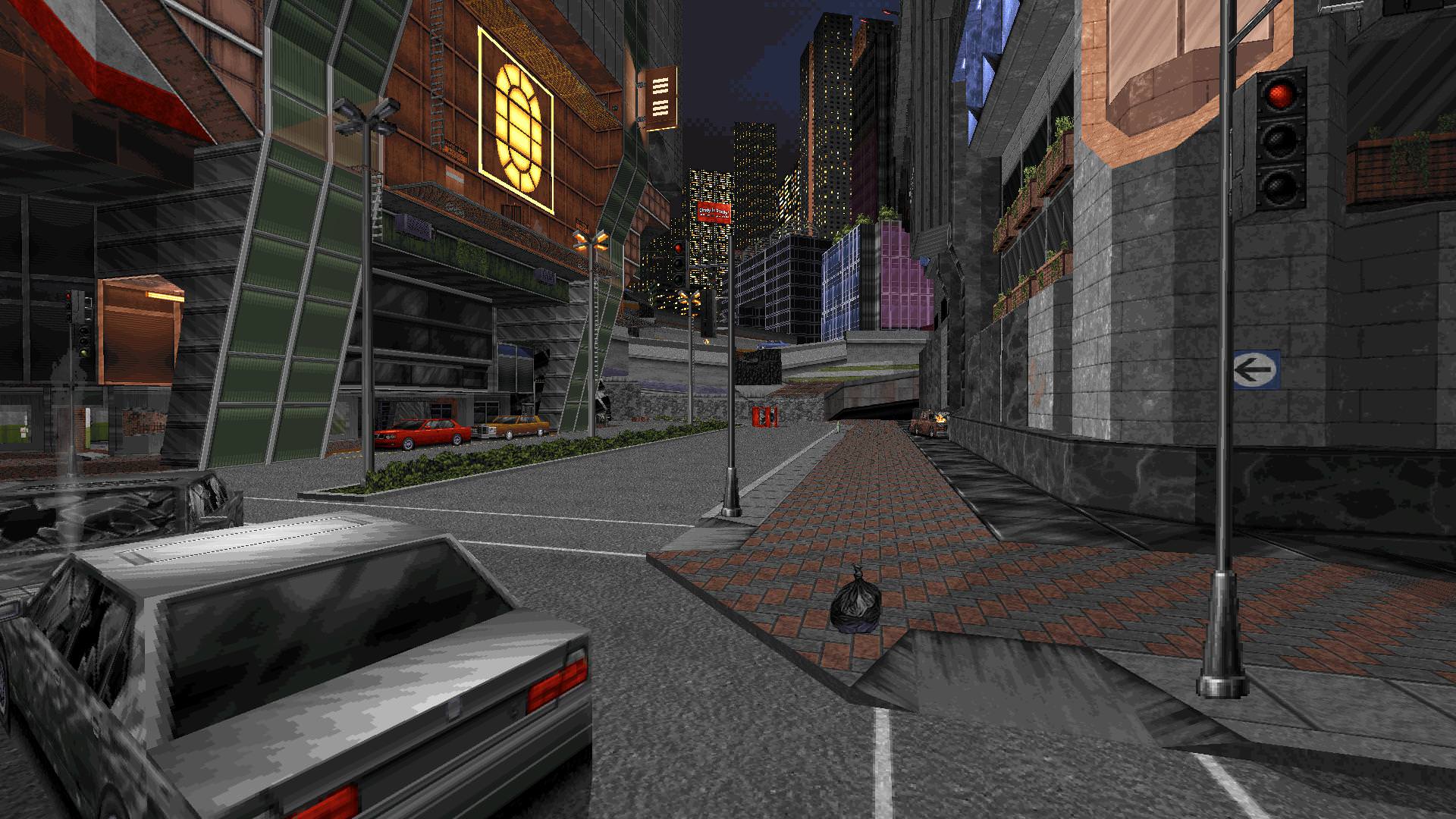 The representative from 3D Realms I spoke with said Ion Maiden won’t be utilizing an episode selection like Duke Nukem 3D or Shadow Warrior. The structure is similar to Half-Life in that you’ll reach the conclusion of one level and seamlessly keep playing. I’ve played Duke 3D more times than I’m willing to admit, so I was never going to miss smacking an atomic symbol to signal the end of an area. This approach may not be new, but it definitely helps build the atmosphere of the world that Ion Maiden is set in.

As for how long the game is going to be, the idea is that it will encompass seven mini-campaigns that are each roughly the length of the preview build. While it was supposed to take around two hours to finish, I’m apparently a god at this game because I managed to do it in a little over an hour. I might as well get my nitpicking out of the way because difficulty balancing is the only real issue I have.

If you’re an FPS veteran, Ion Maiden is not going to stress you to any degree. The weapons are all very similar to Duke 3D’s arsenal, so making approximations based on past knowledge certainly helps. That being said, the AI isn’t brilliant (or even remotely smart), so you can outsmart them pretty well by dodging in between pillars or doors. 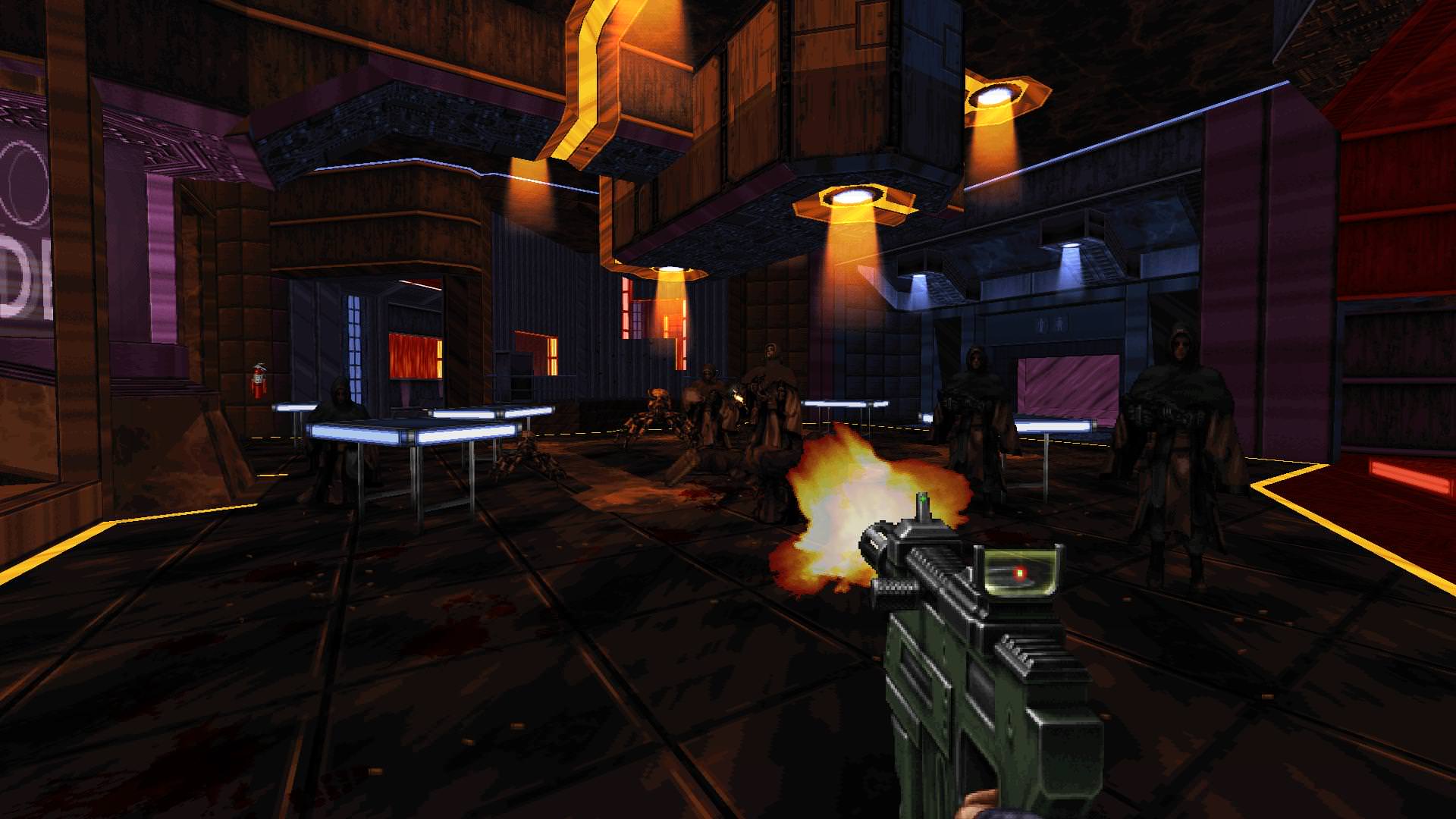 During the opening of the demo, I was hovering around 30 health because of the lack of weapons. Once I acquired a small arsenal, my health pool rarely left 110 until I got to the boss fight. For that matter, it seems like the beginning area is meant to be more punishing than anything else, since it kind of acts like a trial by fire to get you acquainted with the world. I don’t mind a challenge up front, but I breezed through the rest of the demo and never really felt the urge to change weapons due to an abundant ammo count.

That being said, the game is still early enough in development that this can change. It is one thing to be easy, but for the game to front-load the difficulty makes the later segments a little boring in comparison. At least the level design is creative because holy shit these maps are large. There isn’t as much interactivity as Duke 3D, but there is a multitude of different paths you can take to reach your goal.

I wouldn’t call it non-linear — because it isn’t — but your approach isn’t set in stone. This isn’t a game about set pieces but discovering how you can reach that exit in the most efficient way possible. Repeat playthroughs will probably see me finding secrets and pathways I didn’t even consider which is a lost art in this modern era of level design. 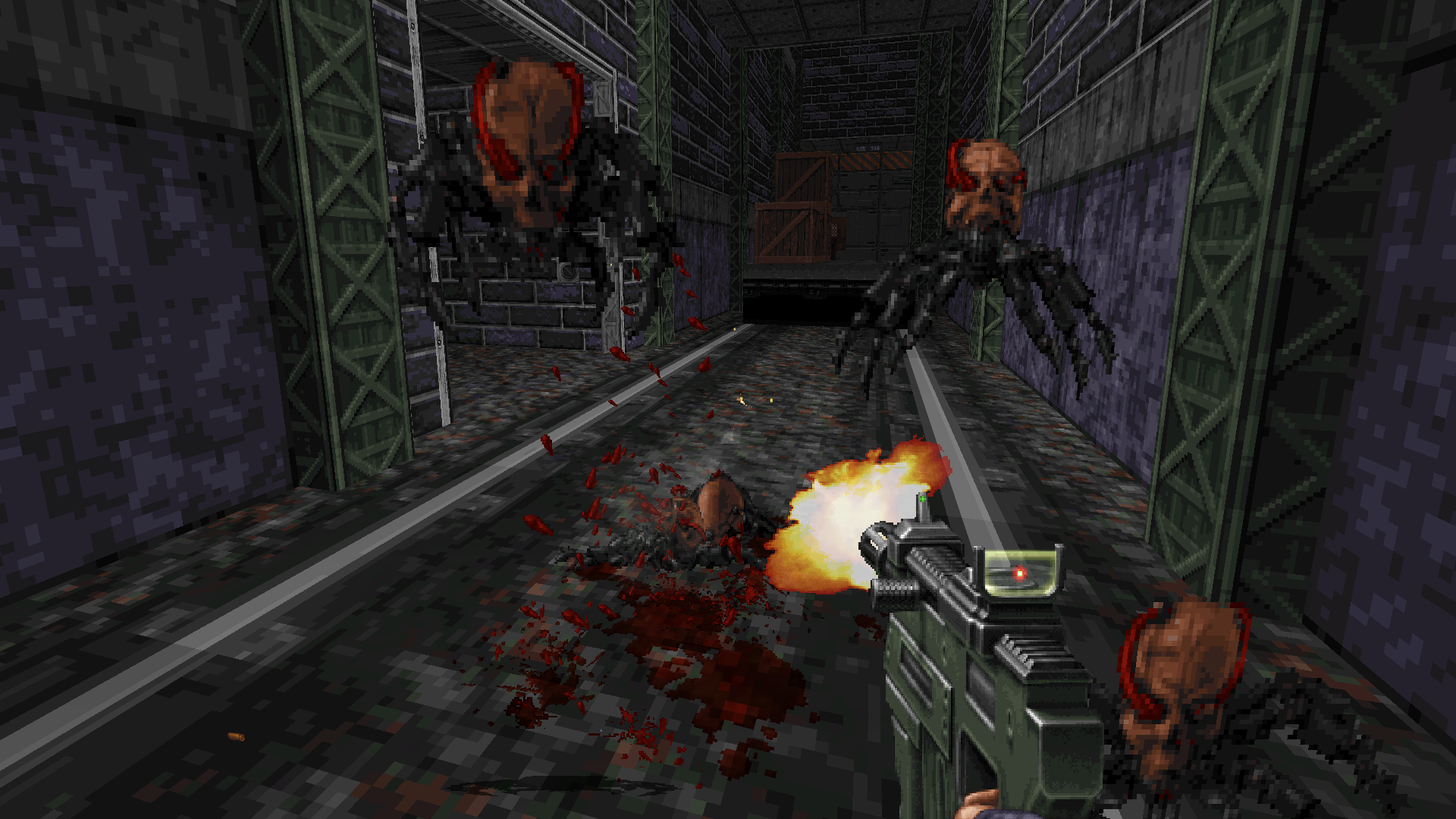 The only other thing I can really comment on is the voice acting. There isn’t that much of it, though that is due to this still being a demo. The 3D Realms rep told me the voice acting was something they were originally going to leave out entirely but was brought in due to fan demand. In a weird way, it almost echoes the story of how Duke Nukem got his iconic voice because Bombshell wasn’t given any recorded dialogue until a week before the preview builds went out.

3D Realms had a voice actress come in and record a bunch of random things just so they could have lines ready for the public. If you’re unfamiliar with the story behind Duke Nukem 3D, it essentially went that Duke was voiceless and a woman at 3D Realms knew a man in radio that she thought would be perfect for the role. After 3D Realms tried him out, they loved it and added his lines in a month before release. Obviously, that man was Jon St. John and while the actress doing Bombshell doesn’t have that same gusto, she does inhabit a similar feel to the classic 3D Realms anti-heroes.

Funny quips aside, Ion Maiden is shaping up nicely. I didn’t see anything that made me think modern shooter design, so I’m kind of in love. With this, DUSK, and Amid Evil all being released in 2018, I’m in first-person shooter heaven. It has been a long time since we’ve gotten classic shooters that weren’t just re-releases of older titles, but that wait has definitely been worth it.