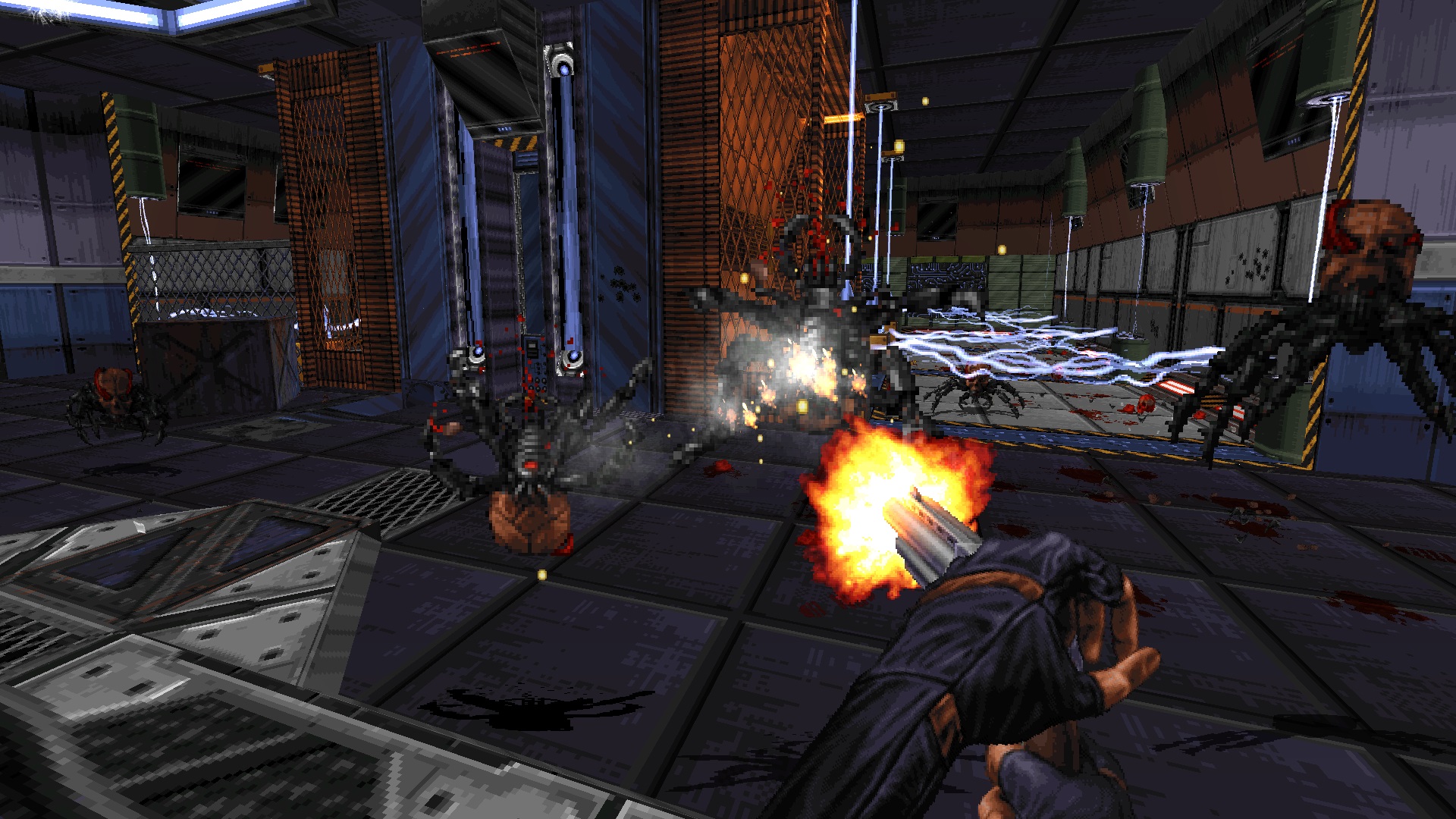 Ion Maiden has received a brand new update today in the form of a horror-themed level. Called “Heskel’s House of Horrors,” this is actually the PAX West demo from this past weekend. It contains brand new weapons, new enemies and obviously another big arena to shoot them in.

The level will be free for anyone that has purchased the early-access version of Ion Maiden on Steam. Frederick Schreiber, co-owner of 3D Realms, said in a press release, “Early Access players made Ion Maiden what it is today. Bringing PAX South content to them is our little way of saying thank you and giving them another taste of the bloody broth in store for the full release.”

You can get a small taste of the action in the trailer below. There still isn’t any firm release date for Ion Maiden, but we do know it will be coming to PC, PS4, Xbox One and Switch sometime in the Spring.