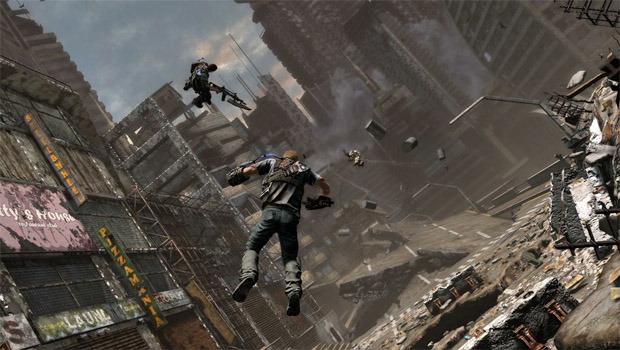 Inversion is one of those games with the unfortunate distinction of launching during the week of E3. Namco’s forthcoming third-person shooter looks like it could be surprisingly good, but that’s unlikely to matter what with the vast majority of this upcoming week’s gaming coverage centering around the chaos that is about to unfold in Los Angeles.

However, if you’re looking for something new and are interested in playing new shooter with an interesting twist of perspective, Inversion might be something to pick up next week if you’re not too busy reading all the news and preview coverage. Just in case, Namco Bandai have taken advantage of the calm before the storm, reminding you that the upside-down shooter still exists with this behind-the-scenes video featuring the developers at Saber Interactive.