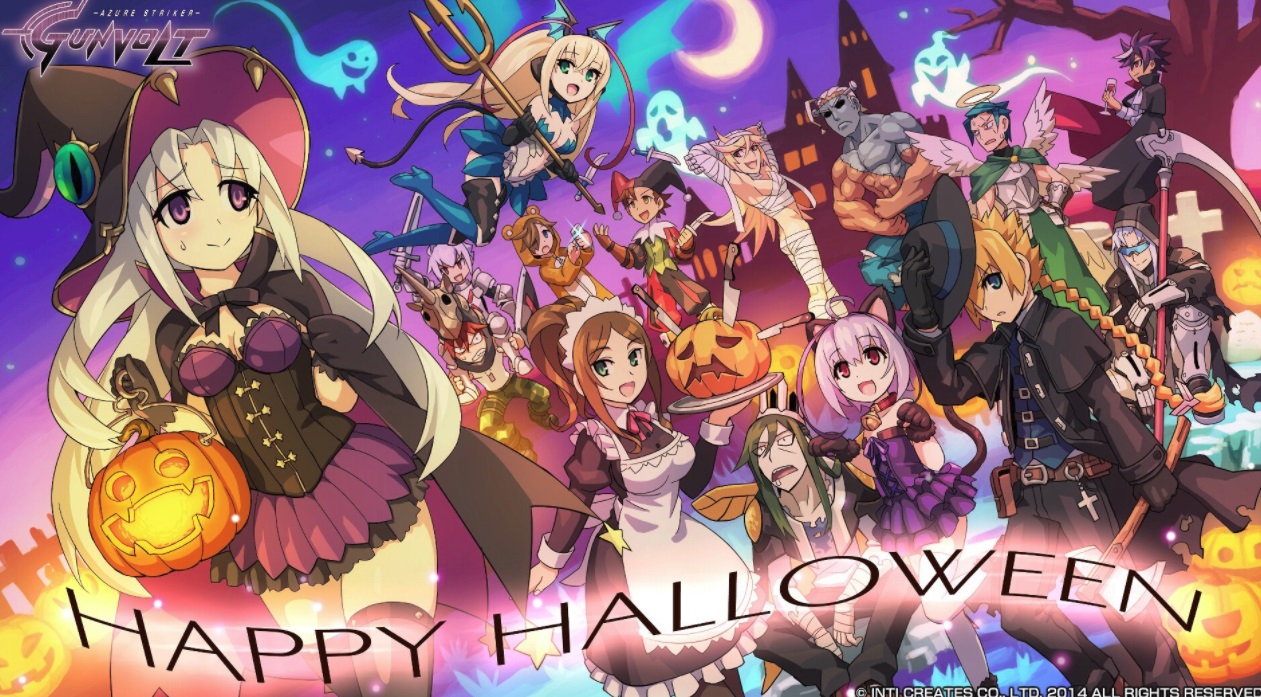 I love that this series is getting bigger

I still remember when Azure Striker Gunvolt was announced all the way back in 2014 at BitSummit. Since then it went from a little 3DS game that could to getting a PC port, a sequel, a “Striker” double-pack, a Switch port, and a title character appearance in two retro-themed spinoffs.

Inti Creates, who have a number of great platformers under their belt, have come a long way in the current industry, and have cemented themselves as one of the most consistent retro-tinted developers right now. That’s why I’m even remotely excited to see cute Halloween themed artwork from them, showcasing Gunvolt characters.

In what doubles as a contest and a wallpaper dump, Inti Creates has asked folks via Twitter what character they want to see in the next Halloween image. If you want, feel free to vote, but I’m not your dad.